The theme this week is Thanksgiving and the U.S. Military. 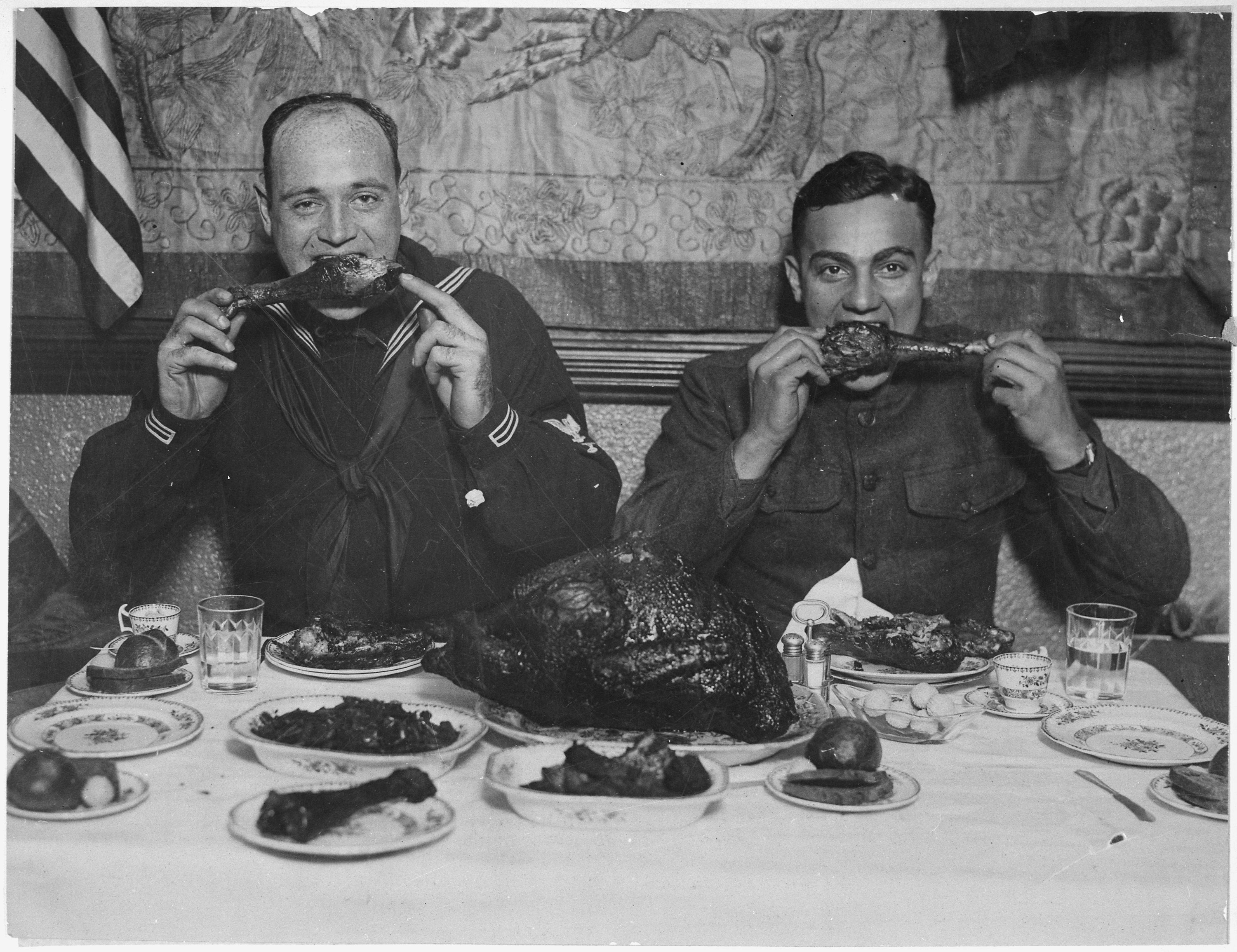 Local Identifier: 165-WW-472A-7, “Thanksgiving cheer distributed for men in service. New York City turned host to the boys in service today and cared for every man in uniform”, Underwood and Underwood., ca. 1918 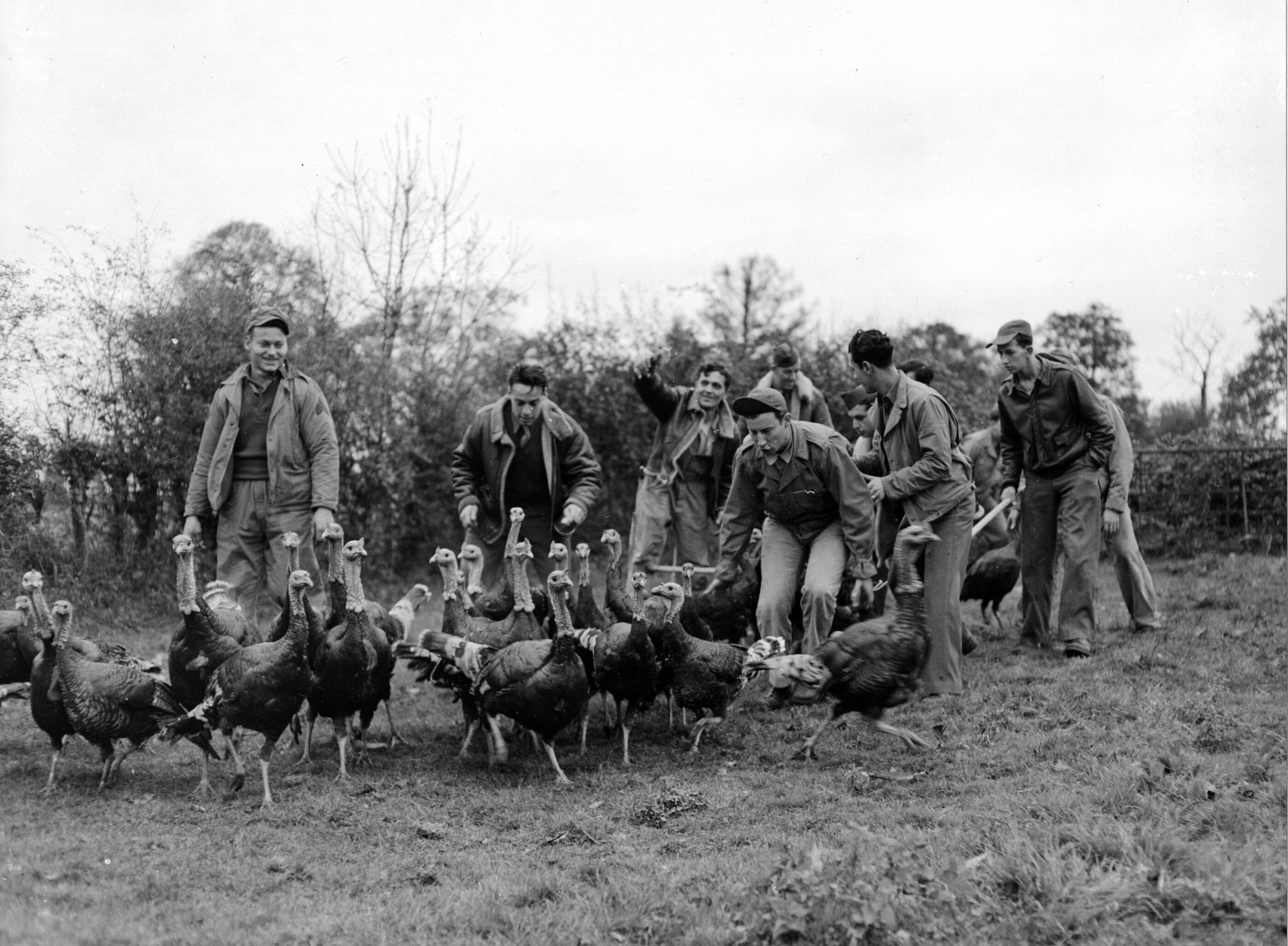 Local Identifier: 342-FH-3A-14796, “After receiving permission from the farm owner, these men, attached to an airbase at Norfolk, England, invade a turkey pen to choose their annual turkey day repast. The turkeys were given to the men for their Thanksgiving dinners”, November 6, 1943 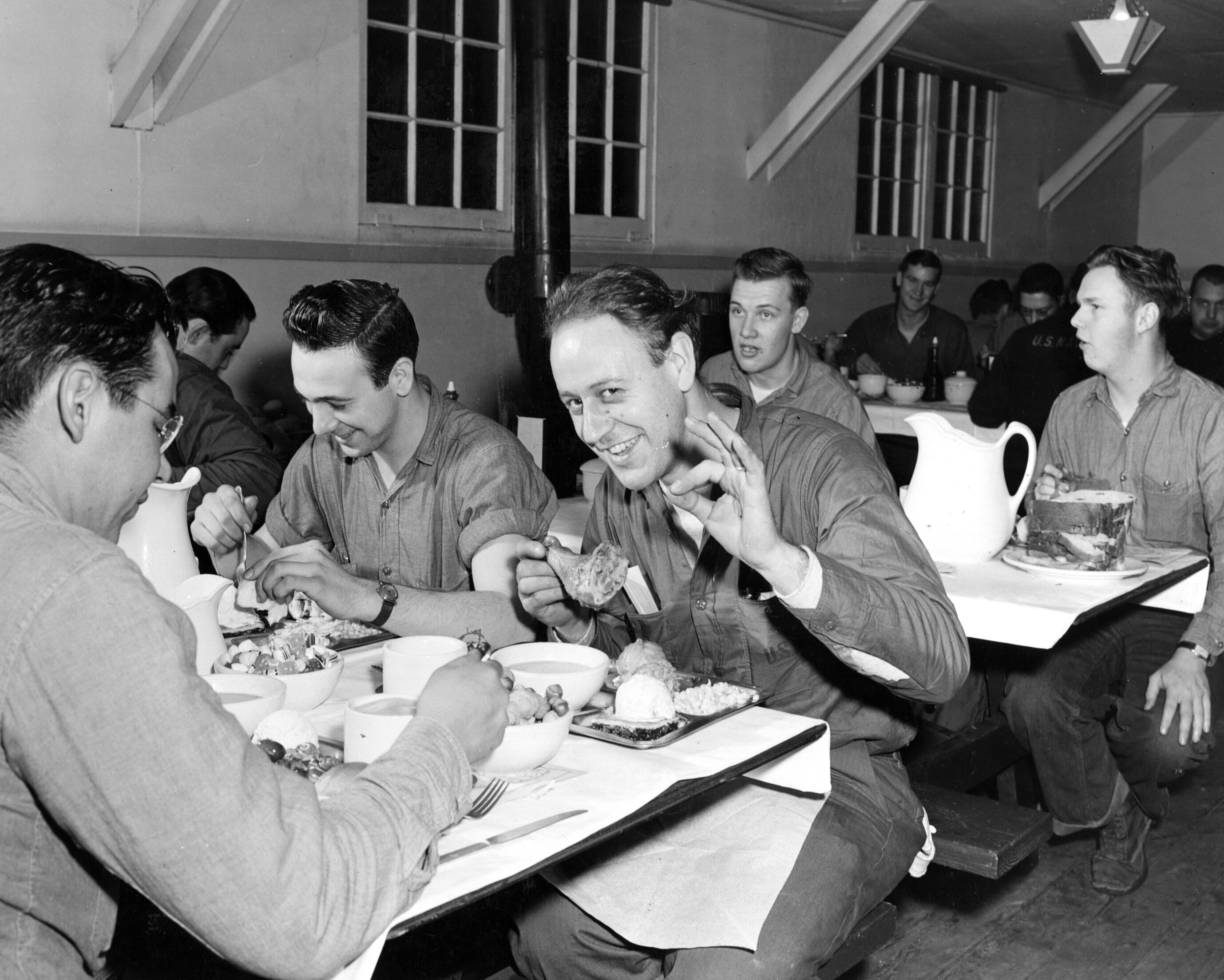 Local Identifier: 80-G-293682, “Was the Navy’s Thanksgiving chow good this year? Here’s the answer–a picture that speaks for itself. Devoting their attention strictly to the turkey and trimmings at  an advanced Aleutian base are Leo F. DesJarlait, Sl/c (left); Eulice E. Wheeler, Sl/c (center); with G. J. Lindner, EM2/c, takes time out to give that “4.0” sign, which means “perfect”, November 24, 1944 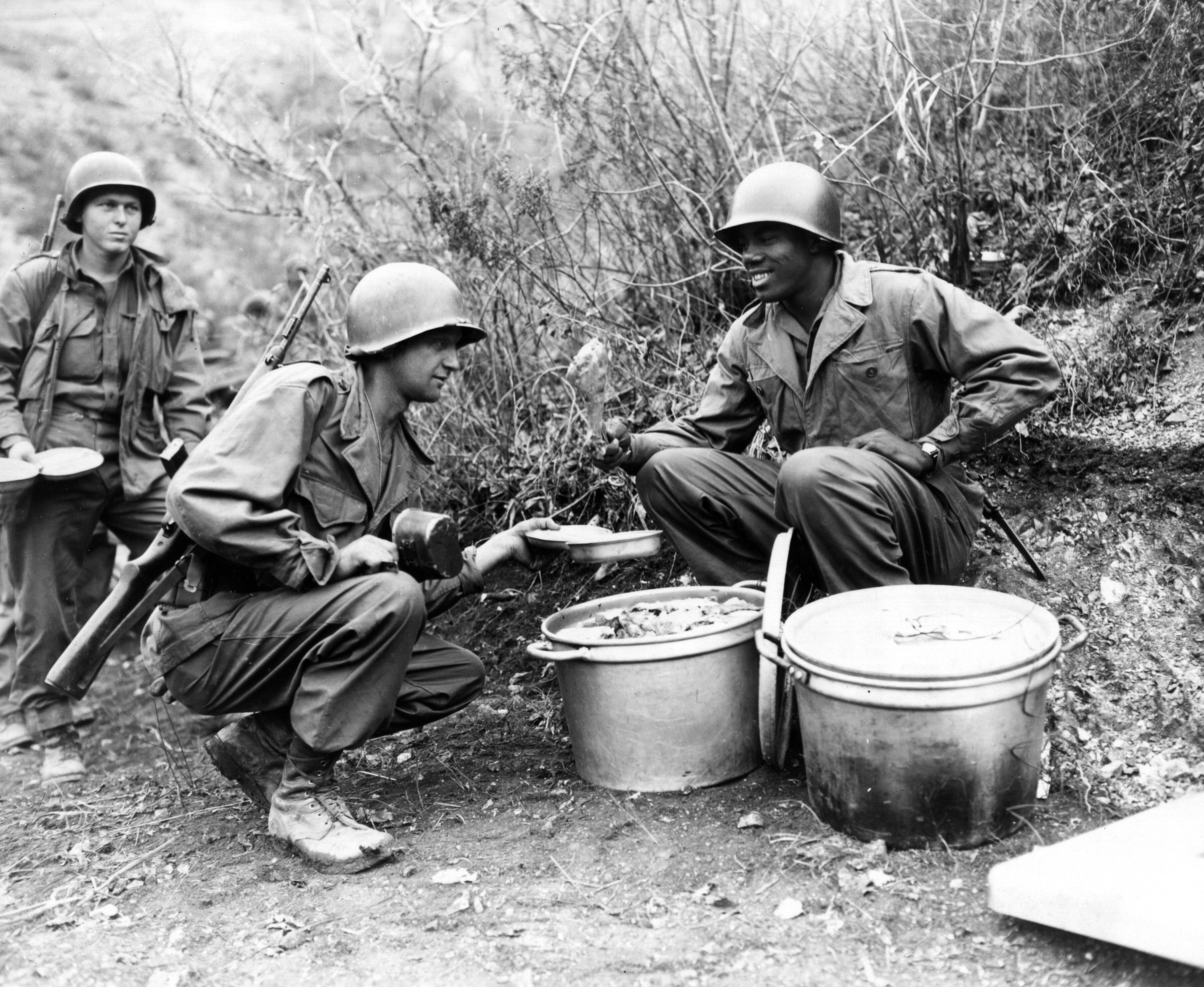 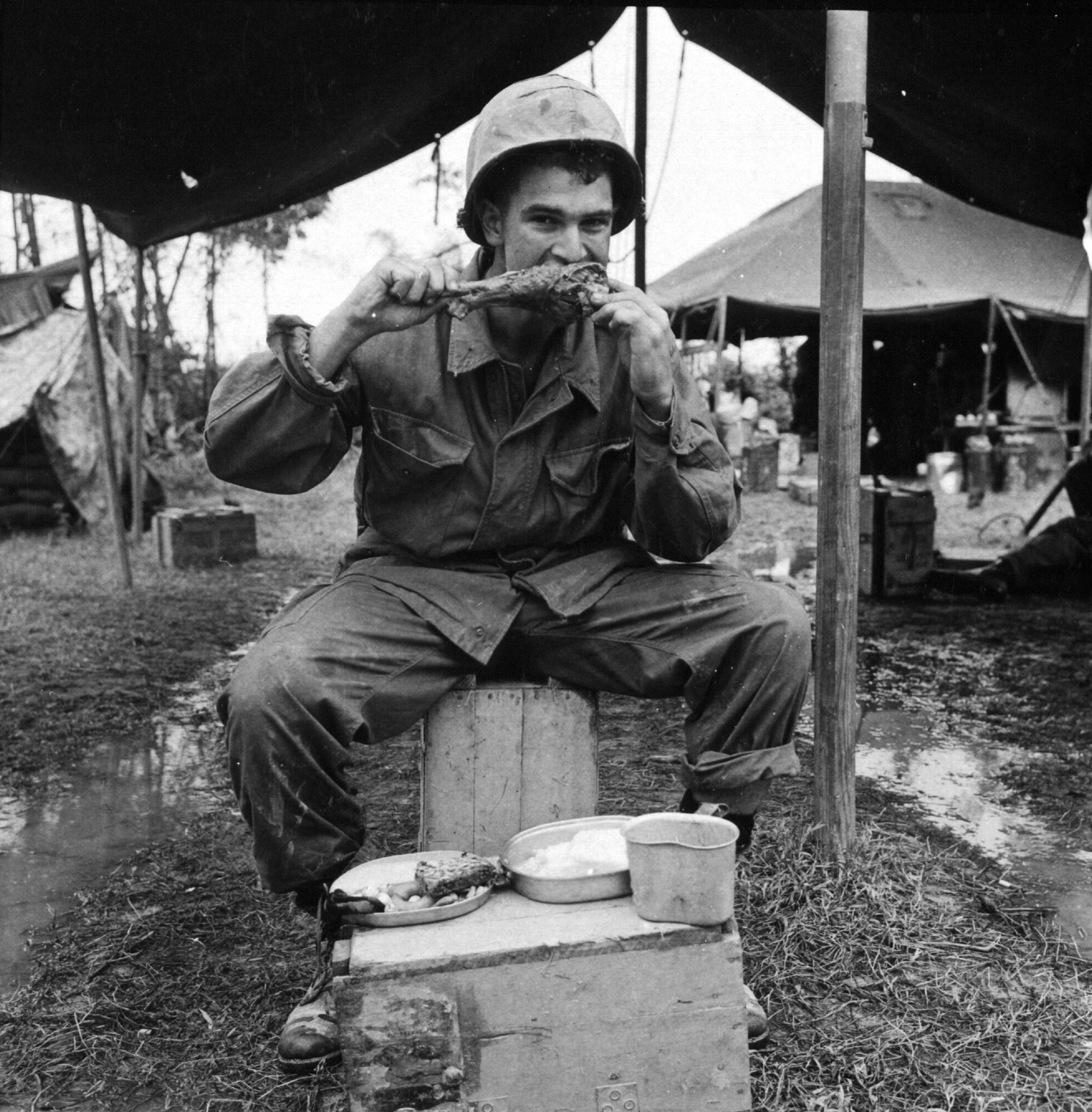 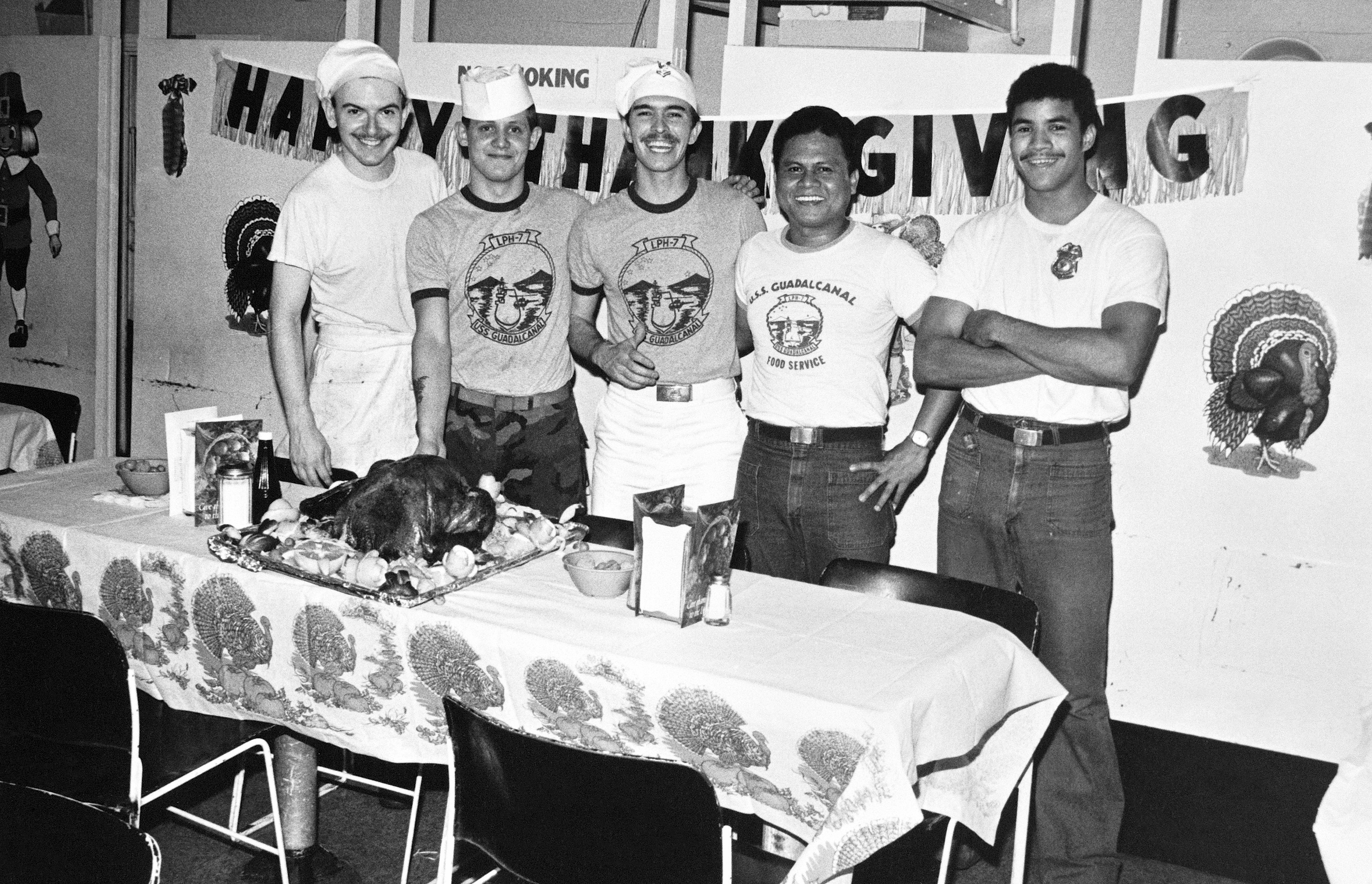 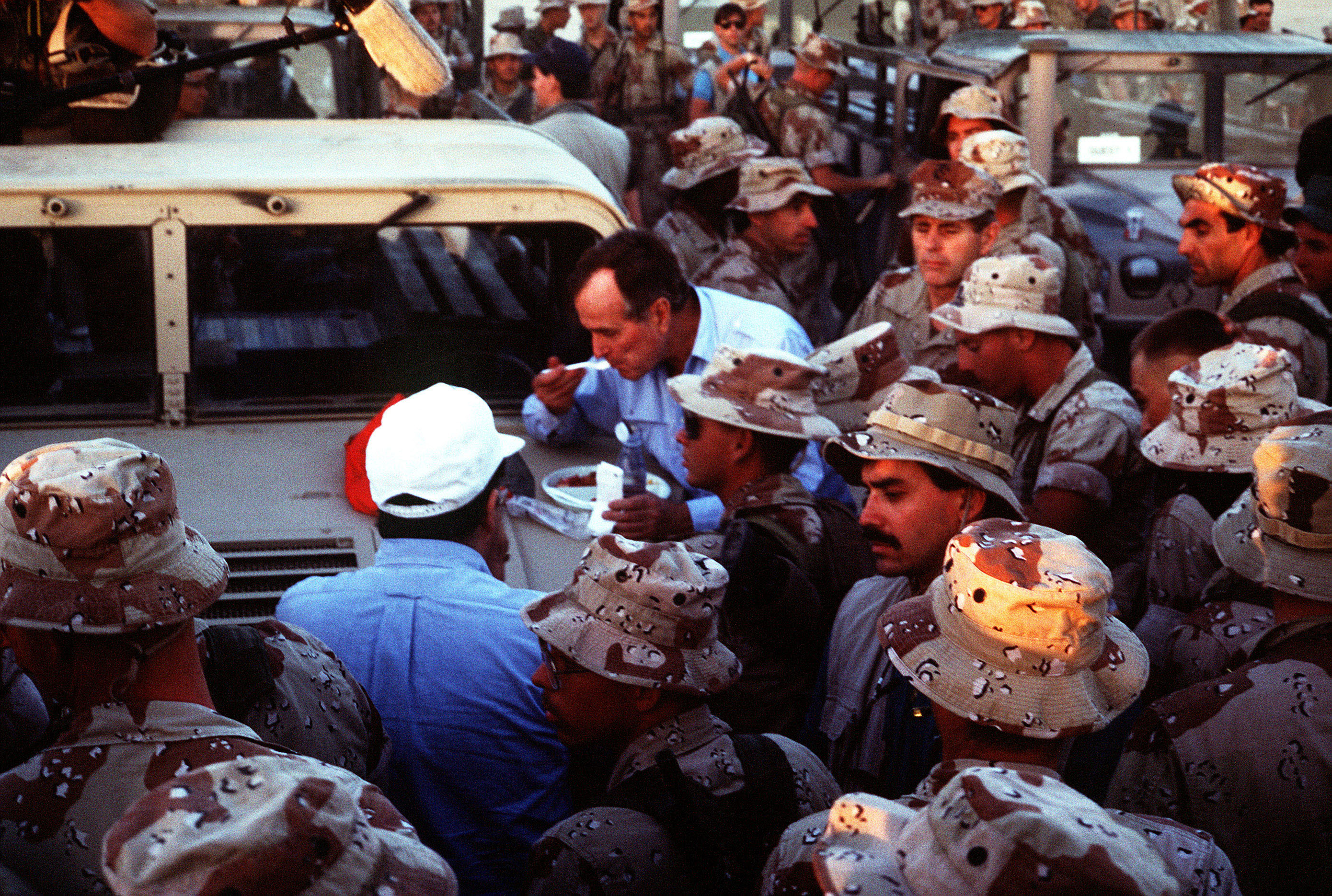 Local Identifier: 330-CFD-DN-ST-91-02411.jpeg, “President George Bush eats his Thanksgiving Day dinner on the hood of an M998 High-Mobility Multipurpose Wheeled Vehicle (HMMWV) as Marines, security personnel and reporters crowd around him. The president and his wife are paying Thanksgiving Day visits to U.S. troops who are in Saudi Arabia for Operation Desert Shield”, 11/22/1990, photograph by Cw02 Ed Bailey. 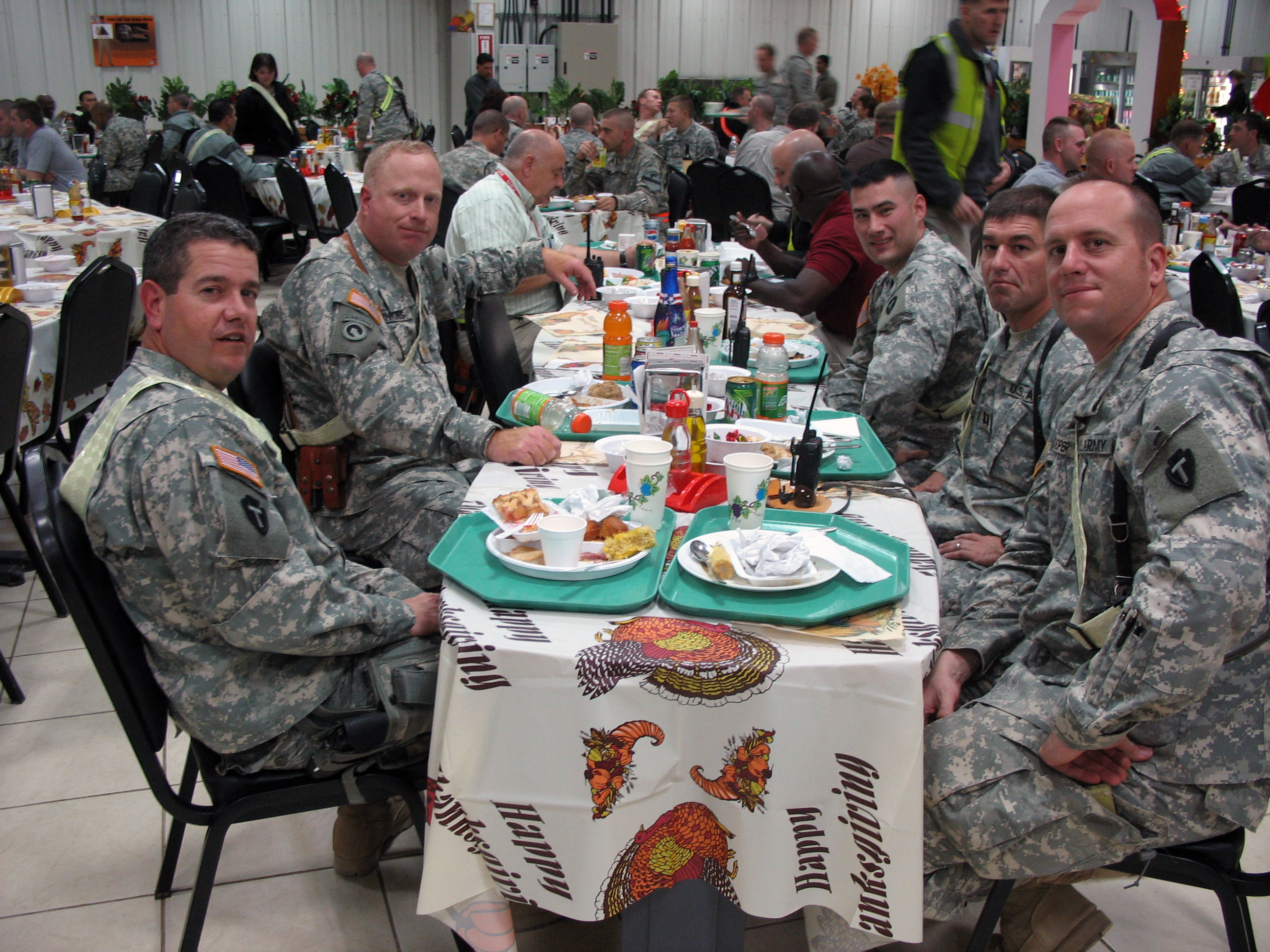