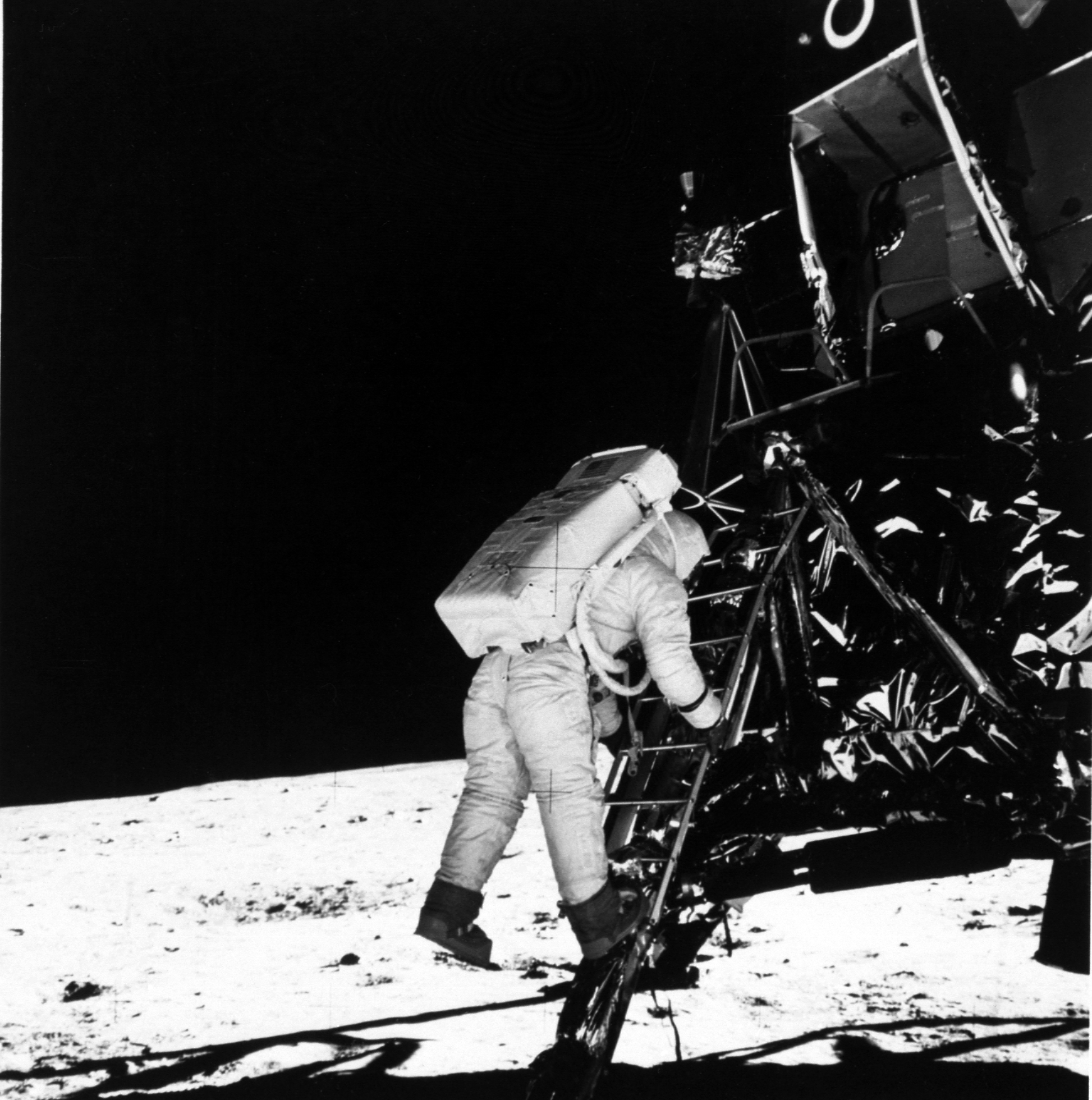 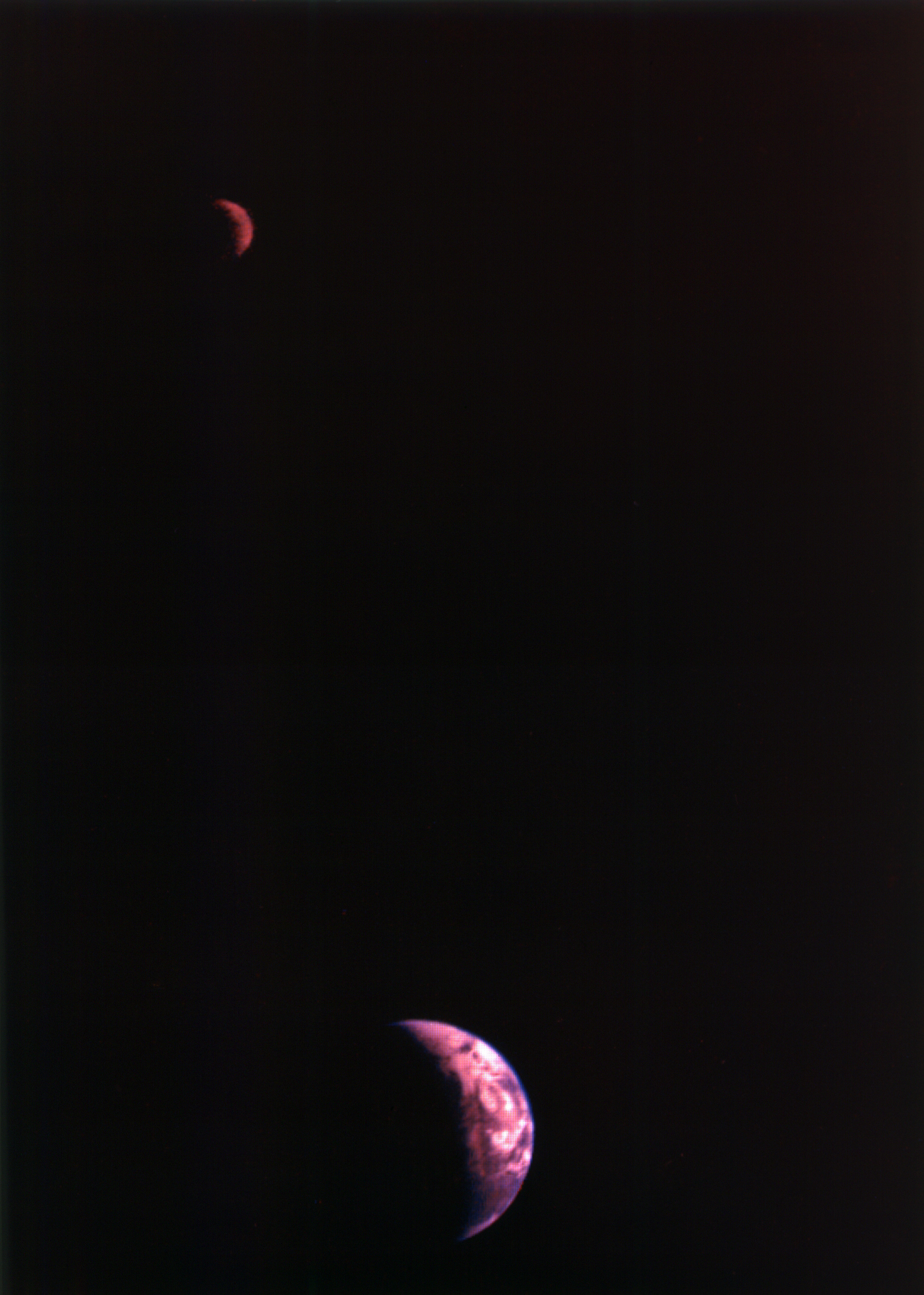 Local Identifier: 255-NSS-5-78-HC-3, “This picture of a crescent-shaped Earth and Moon — the first of its kind ever taken by a spacecraft–was recorded 09/18/77, by NASA’s Voyager 1 when it was 11.66 million kilometers (7.25 million miles) from Earth. The Moon is at the top of the picture and beyond the Earth as viewed by Voyager. In the picture are Eastern Asia, the Western Pacific Ocean and part of the Arctic. The photo was made from three images taken through color filters, then processed by the Image Processing Laboratory at NASA’s Jet Propulsion Laboratory in Pasadena, CA.” 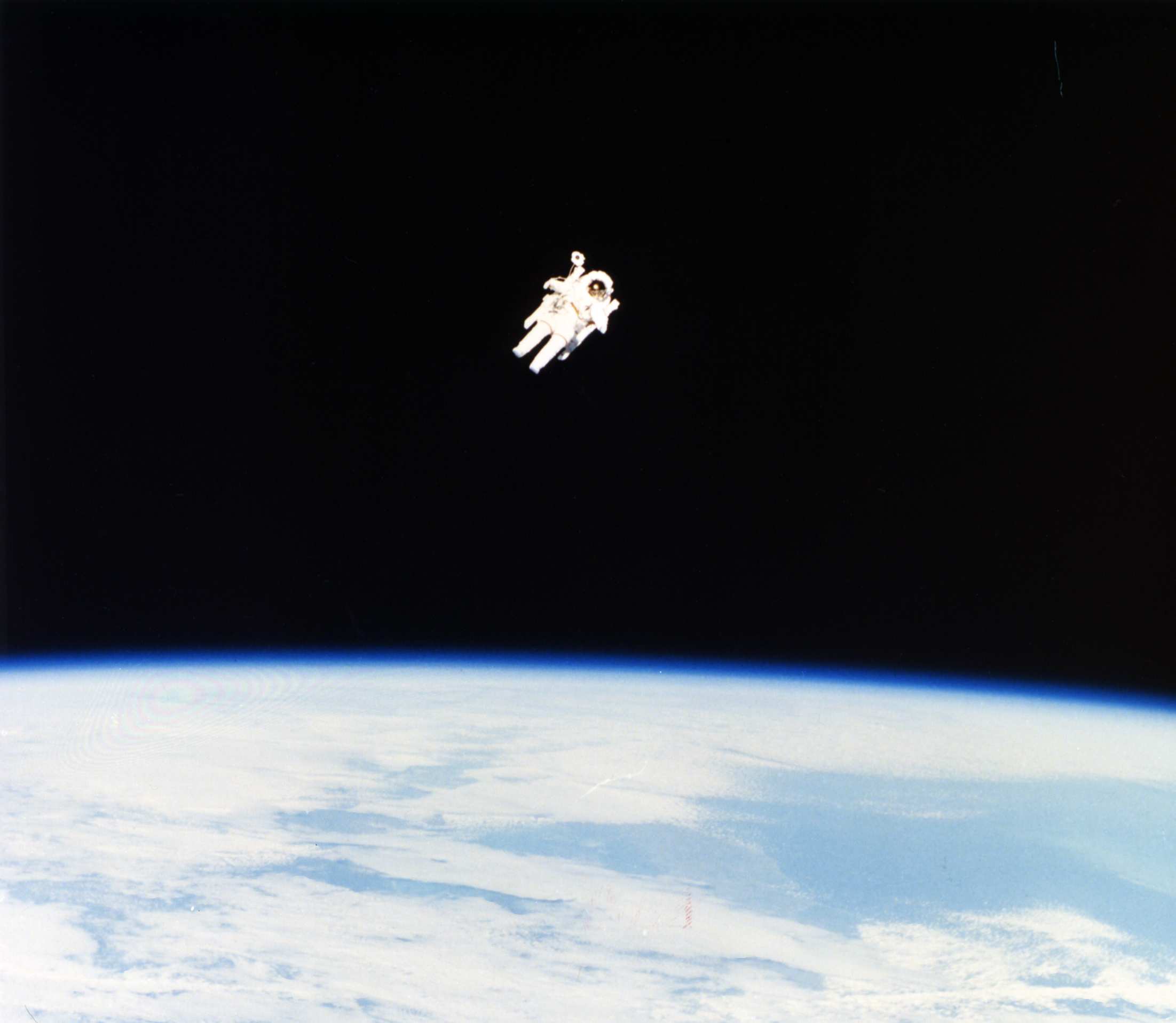 Local Identifier: 255-NSS-3-84-HC-75, “STS-41B ONBOARD VIEW — EVA Scene — Astronaut Bruce McCandless II, one of two 41-B mission specialists participating in an extravehicular activity, approaches his maximum distance from the Earth-orbiting space shuttle Challenger. McCandless and his MMU have moved further away from the Challenger en route to a point some 90 meters away. McCandless is in the midst of the first field tryout of the nitrogen-propelled, hand-controlled device called the manned maneuvering unit which allows greater mobility than the use of restrictive tethers.” 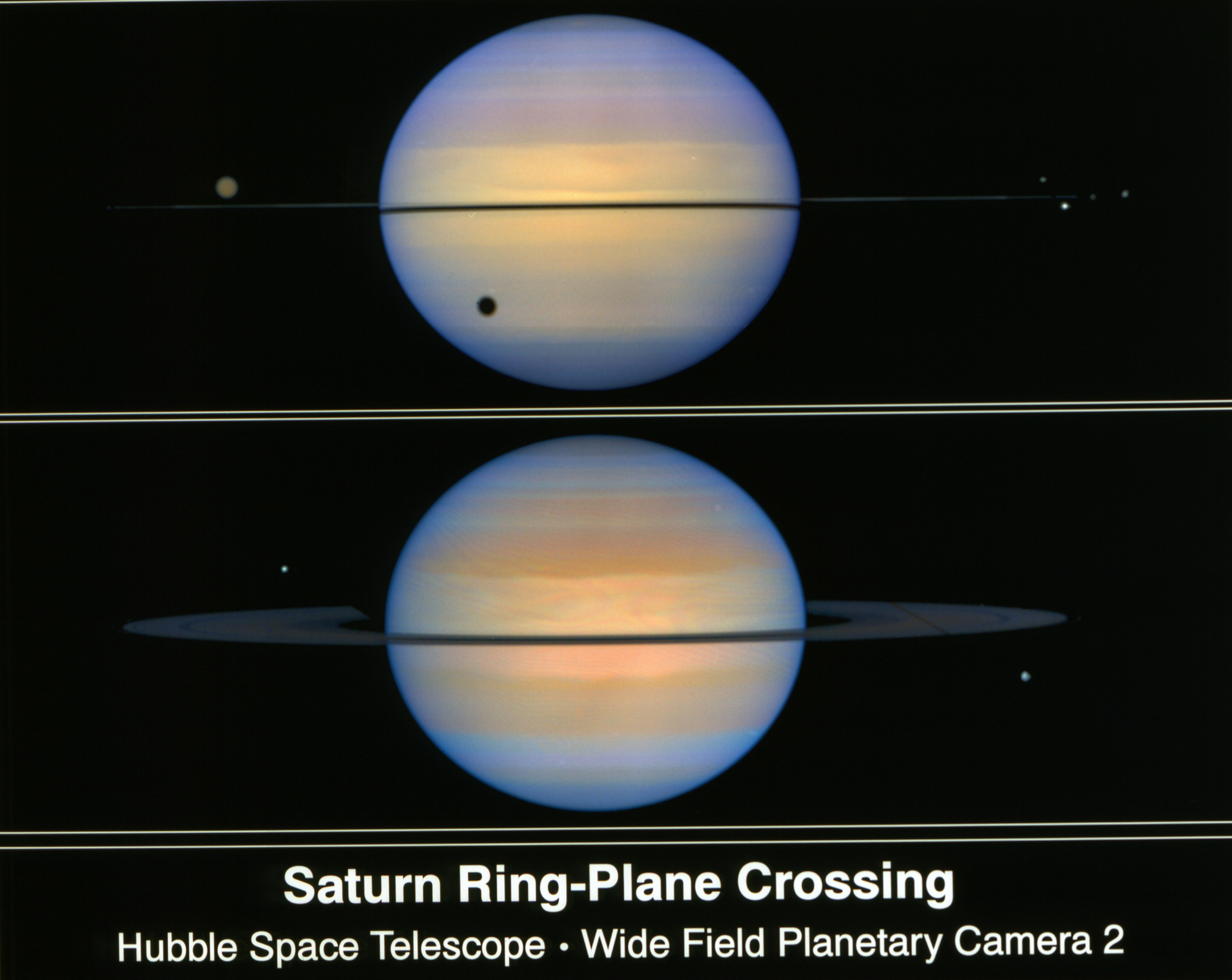 Local Identifier: 255-NSS-4-96-HC-303, Photographs of Saturn taken by the Hubble Space Telescope during a ring-plane crossing, which occurs when Earth passes through Saturn’s ring plane. 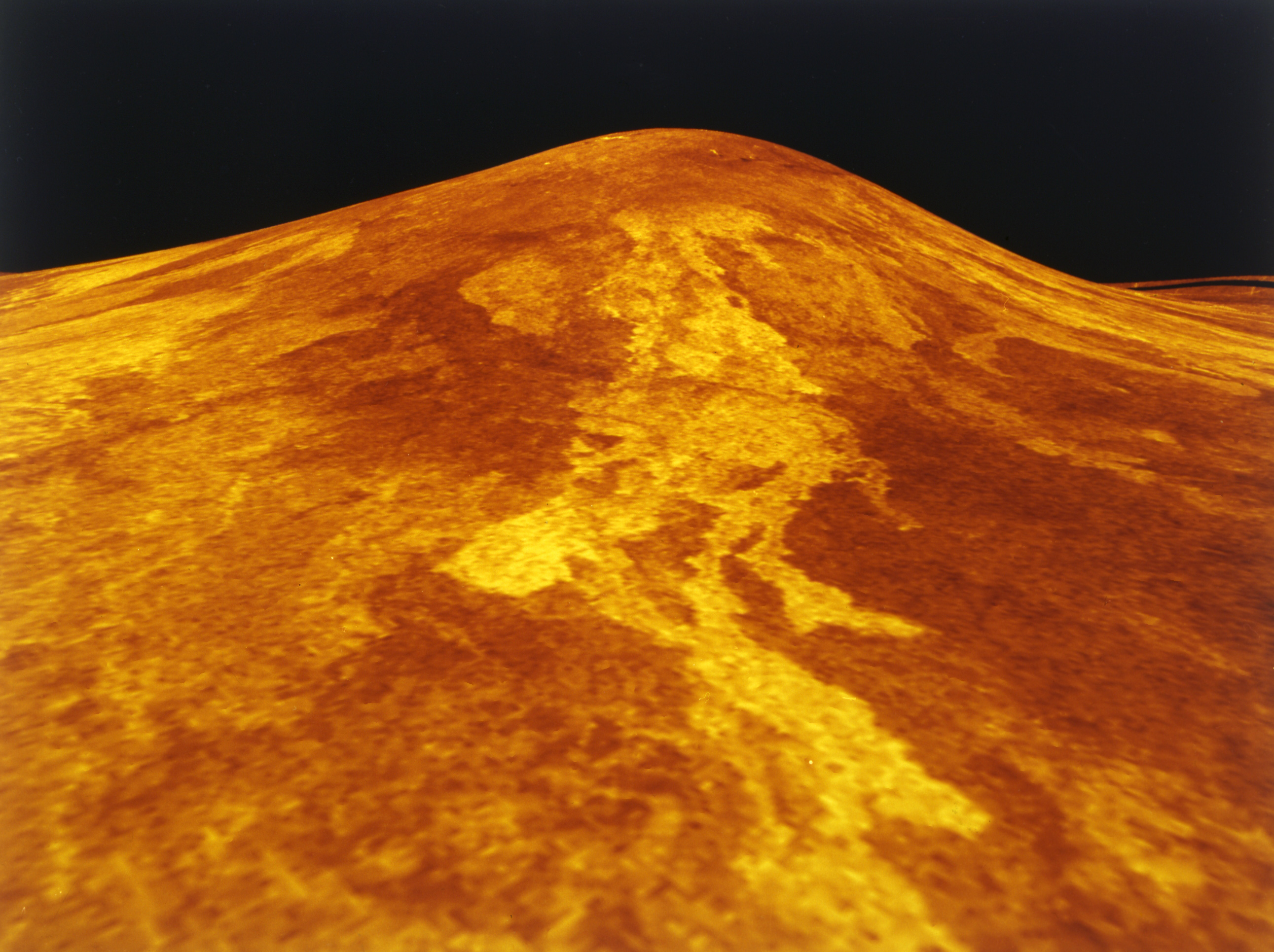 Local Identifier: 255-NSS-9-90-HC-740, “This false-color view of the volcano Sif Mons on Venus was made by superposing Magellan radar image data on altimetry data. The volcano is 2.0 kilometers (1.2 mile) high and 300 kilometers (180 miles) in diameter. Sif Mons is located on the broad 2300 kilometers x 2000 kilometers (1380 x 1200 miles) rise of Western Eistla Regio, a region that may have formed from the upwelling of hot material from the interior of the planet.”