A few weeks ago, thanks to the hard work of the Still Picture Processing Team and ARC staff, our largest series of digital photography was made available online through the National Archives Catalog.  This series, “Combined Military Service Digital Photographic Files, compiled 1982-2007” (National Archives Identifier 6274097), contains 269,667 JPEG images of numerous military activities from the Defense Visual Information Center (now the Defense Imagery Management Operations Center).  Photographs were created by photographers of the U.S. Army, Navy, Air Force and Marine Corps and include images of military vessels, aircraft, vehicles, facilities, military officers, Department of Defense (DOD) personnel, military units, training, weapons, and various military operations and exercises.  The majority of the images in this series were taken between approximately 1980 and 2007, but there are some taken prior to 1980.  Most of the images taken prior to 2000 are digital reproductions of original negatives located in the series “Combined Military Service Photographic Files, compiled 1982-2007” (National Archives Identifier 898707). The first born-digital images were taken in 1993, but it wasn’t until 2000 when the majority taken were born-digital.  Below are some examples of images you will find online. 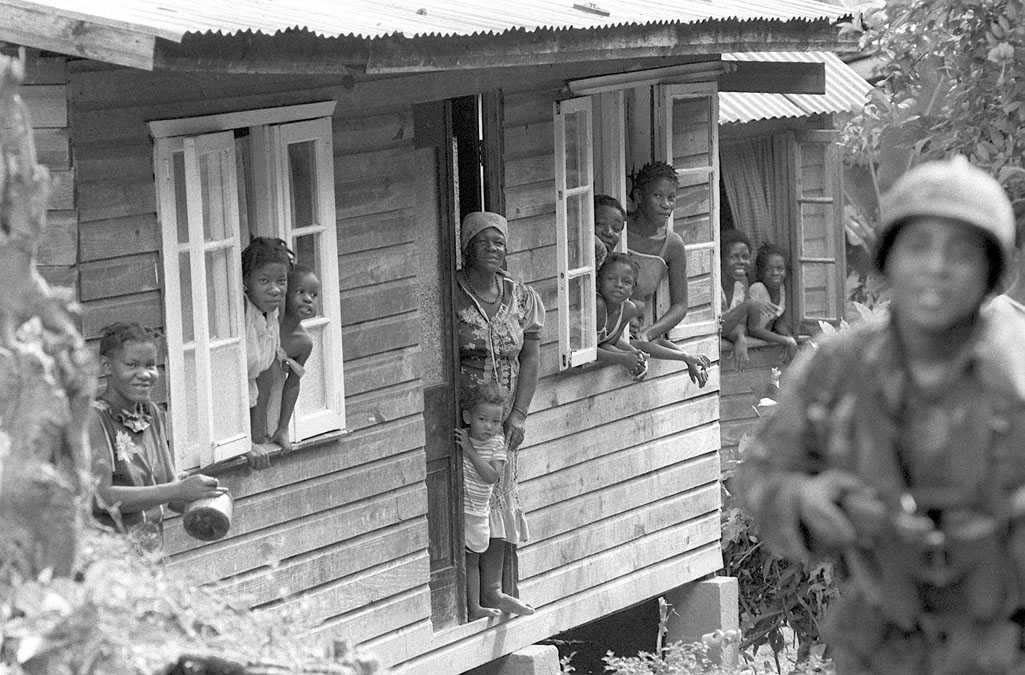 Photograph No. 330-CFD-DN-SN-85-02089; “Grenadians look out from their house as a US Marine patrols the streets of Grenville during Operation URGENT FURY,“ October 25,1983; Photograph by PH2 D. Wujcik; Records of the Office of the Secretary of Defense, Record Group 330; National Archives at College Park, MD. 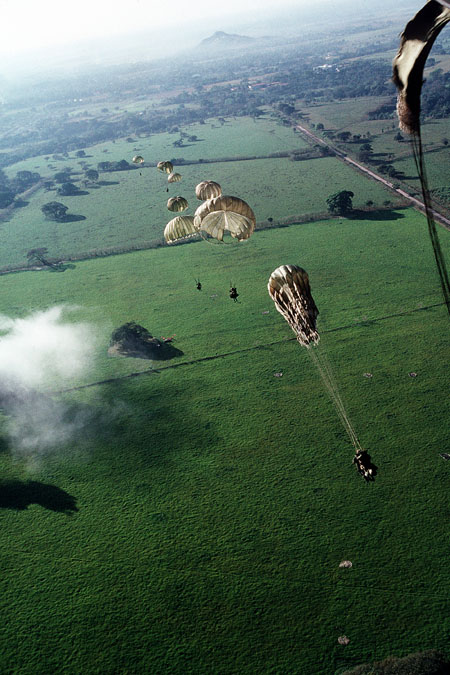 Photograph No. 330-CFD-DF-ST-91-02659; “Soldiers of 1ST Battalion, 509th Infantry, parachute from a C-130E Hercules aircraft into a drop zone outside the city to conduct operations in support of Operation Just Cause,“ 1990; Photograph by MASTER SGT. Ken Hammond; Records of the Office of the Secretary of Defense, Record Group 330; National Archives at College Park, MD. 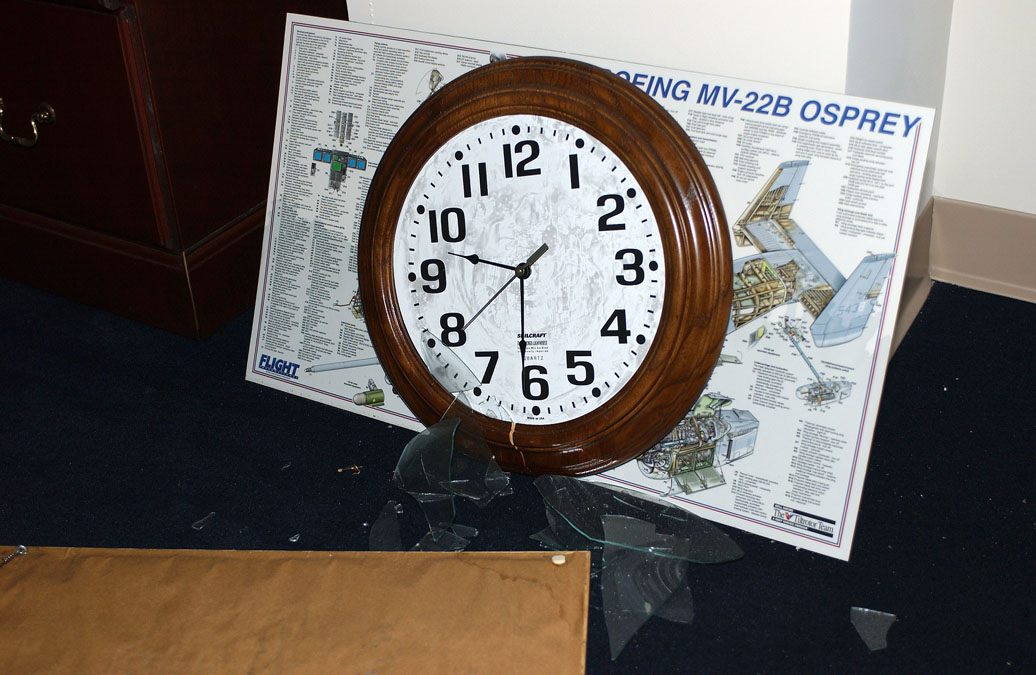 Photograph No. 330-CFD-DF-SD-02-09098; “A clock, frozen at the time of impact, inside the Pentagon. Shortly after 8 AM on September 11, 2001 in an attempt to frighten the American people, five members of Al-Qaida, a group of fundamentalist Islamic Muslims, hijacked American Airlines Flight 77, a Boeing 757-200, from Dulles International Airport just outside Washington DC. About 9:30 AM they flew the aircraft and 64 passengers into the side of the Pentagon. The impact destroyed or damaged four of the five “rings” in that section that circle the building. That section of the Pentagon was in the finishing stages of a renovation program to re-enforce and update the building. Fire fighters fought the fire through the night. The Pentagon attack followed a similar attack, two hijacked passenger planes flown into the twin towers of the New York World Trade Center, on the same day, in what is being called the worst terrorist attack in history.,“ September 14, 2001; Photograph by SSGT Larry A. Simmons, USAF; Records of the Office of the Secretary of Defense, Record Group 330; National Archives at College Park, MD. 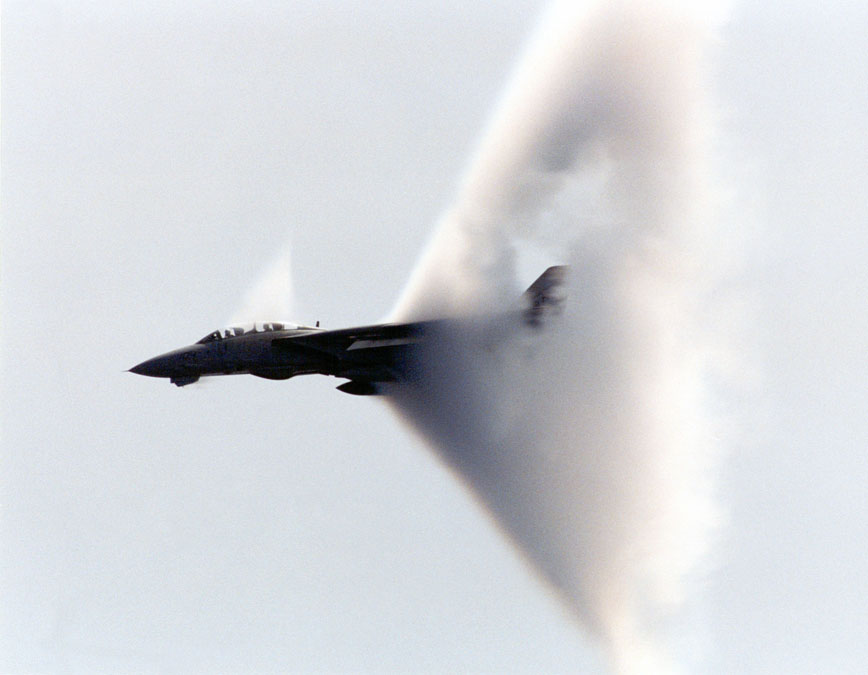 Photograph No. 330-CFD-DN-SD-02-09510; “A F-14 Tomcat from Fighter Squadron Thirty-Two (VF-32), “Swordsmen”, breaks the sound barrier during COMTUEX, Comprehensive Training Unit Exercise, while stationed on board USS Harry S. Truman (CVN 75). COMTUEX is designed to bring the aircraft carrier/carrier air wing team together as a cohesive fighting unit while giving the team “blue water” certification for operating at sea,” August 14, 2000; Records of the Office of the Secretary of Defense, Record Group 330; National Archives at College Park, MD. 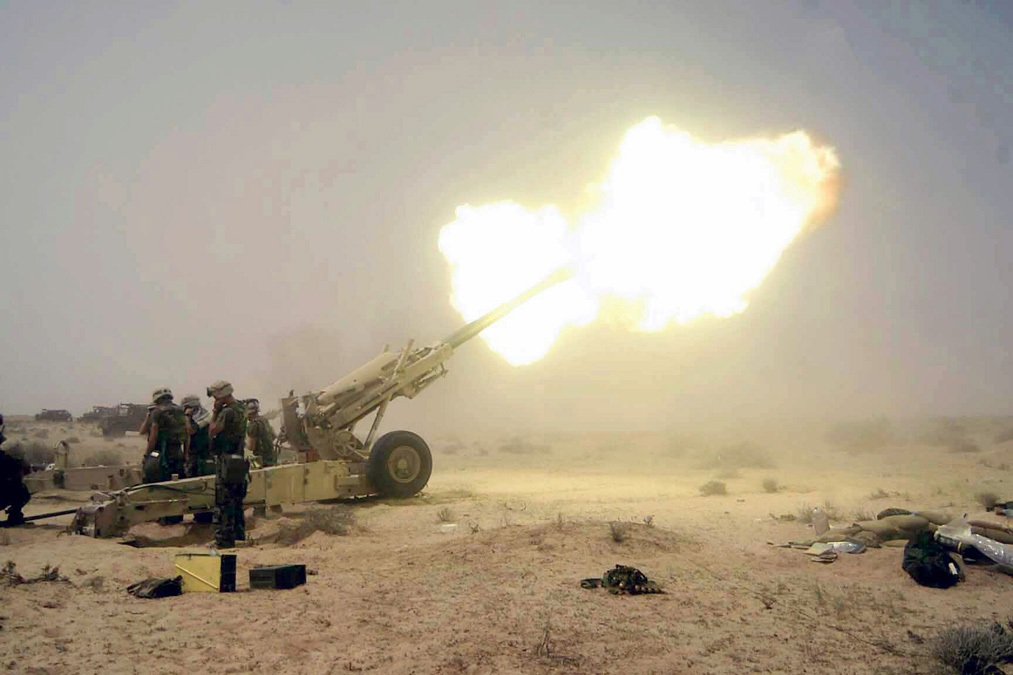 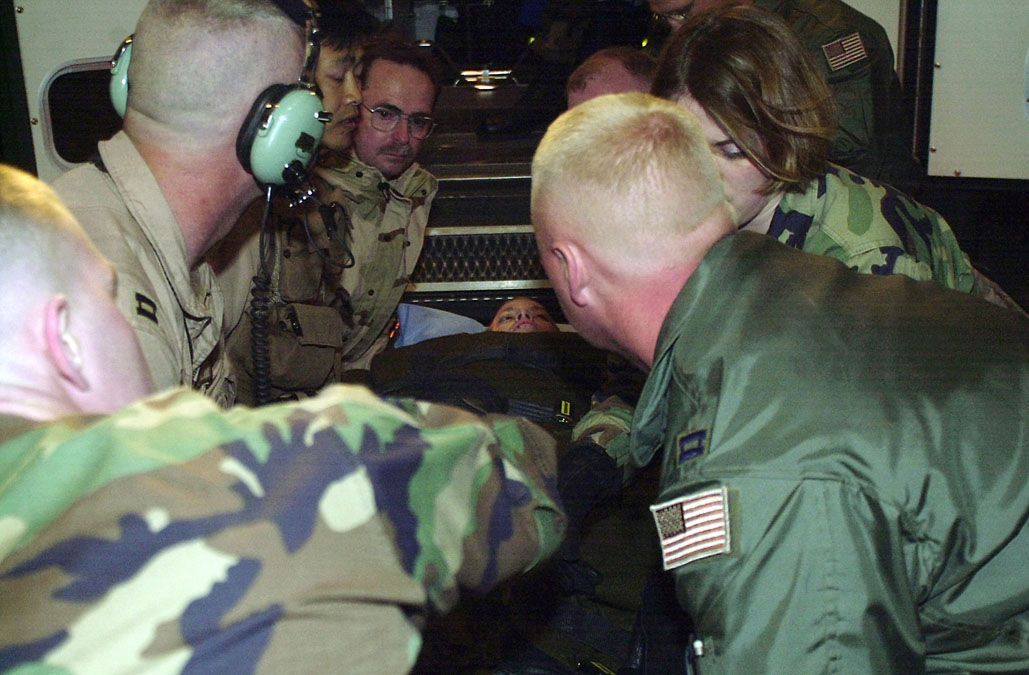 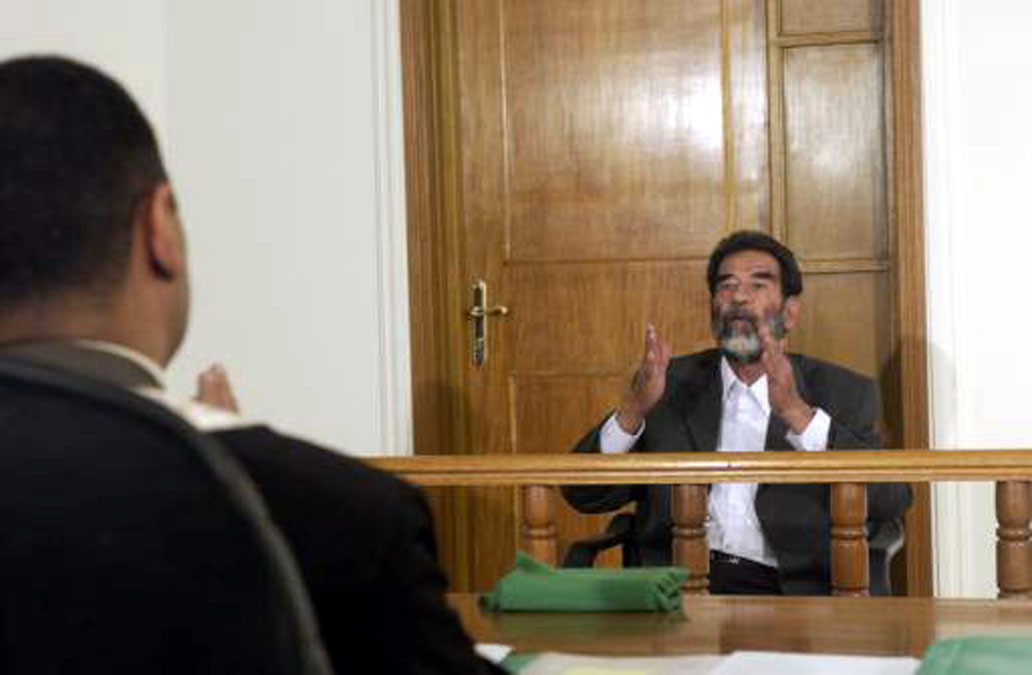 Photograph No. 330-CFD-DD-SD-05-03993; “Former President of Iraq, Saddam Hussein, makes a point during his initial interview by a special tribunal, where he is informed of his alleged crimes and his legal rights,“ July 1, 2004; Records of the Office of the Secretary of Defense, Record Group 330; National Archives at College Park, MD.