I will admit, I didn’t know about the U.S. Army Air Forces First Motion Picture Unit until 2007, when the Motion Picture Preservation Lab was tasked with making theater prints for a special program at the Pacific Film Archive. I may not have heard of the unit, but I certainly recognized its stars: “Hey, is that guy Alan Ladd? That’s Ronald Reagan! Doesn’t that cartoon pilot look just like one of Cinderella’s ugly stepsisters?”

The reason there are so many familiar faces in these films is simple: The First Motion Picture Unit (FMPU), which produced hundreds of instructional films during World War II, recruited writers, designers, directors, actors, animators, and editors straight from Hollywood. Ronald Reagan famously served out his war time in the FMPU because his extreme nearsightedness made him unfit for combat duty. 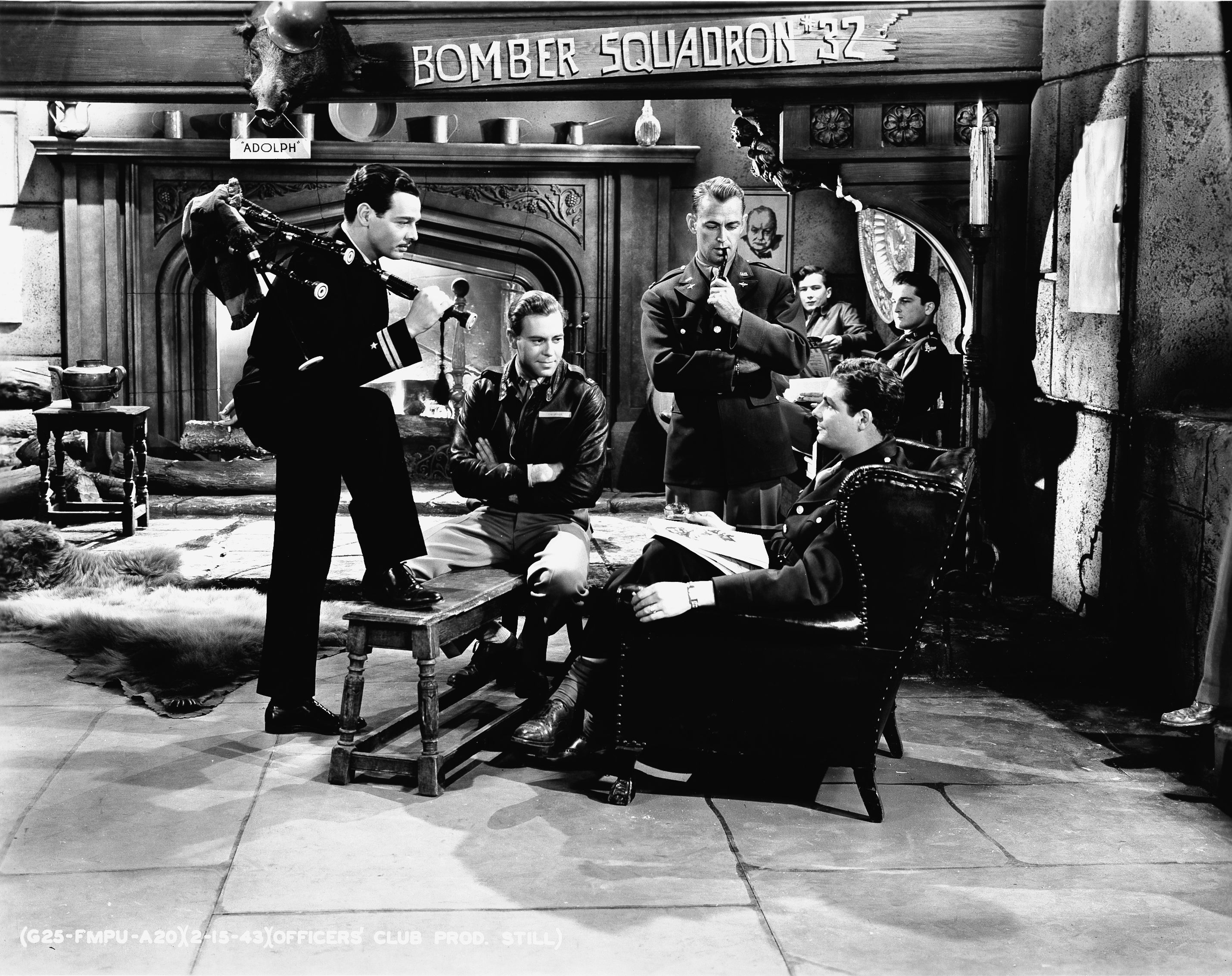 Yep, that’s Alan Ladd with the pipe, in a scene from Photographic Intelligence in Bombardment Aviation, 1943. (Local Identifier: 208-FS-1110-4)

The FMPU got its start with the production of  Winning Your Wings (1942), starring Army Air Force pilot and Hollywood legend James Stewart. Warner Bros. rapidly produced and released the recruitment film for the U.S. Army Air Forces, and the film was so successful that the USAAF reportedly gained 100,000 recruits. The success of Winning Your Wings (Local Identifier: 208-209) created a whole new problem: the USAAF needed to train these new pilots to win the war. The solution was the the creation of the First Motion Picture Unit.

Before long, the First Motion Picture Unit was installed at the dormant Hal Roach Studios in Culver City, California. The unit’s members lived and worked at “Fort Roach,” producing military classics such as Ronald Reagan’s Recognition of the Japanese Zero Fighter (1943), the Land and Live series (1944-1945), The Last Bomb (1945), and William Wyler’s Memphis Belle: A Story of a Flying Fortress (1944), which was distributed to general audiences by Paramount.  The FMPU was a hybrid of sorts, featuring the talent and style of Hollywood, but with military goals and efficiency. The unit was known for creating educational films that were engaging as well as informative. In fact, a lot of credit goes to the FMPU for preparing the United States Air Forces for entry into the war swiftly and effectively.

In the behind-the-scenes short, First Motion Picture Unit (1944), the unit demonstrates how they are a little bit Hollywood and a whole lot military.

In many ways, we can see the success of the FMPU as the beginning of a trajectory that led to an explosion in government filmmaking, later decried as government waste. Although this film makes the claim that the use of motion pictures for visual education was “virtually unexplored”, government agencies like the United States Department of Agriculture had actually been using film for instructional purposes for two decades (check out Charge of the Tick Brigade [1919] if you want to see an early example of government filmmaking). But the FMPU did so much more of it, and at such a high level of quality, that it set an example for other agencies to emulate. It’s likely a case where, after a couple of generations, perhaps more didn’t necessarily equal better.