This week in Universal News, designer Marc Bohan makes his debut with the House of Dior. The summer preview featured “less flutter and more shape”, with retro 1920s styles.

From the release sheet:

HOUSE OF DIOR SUMMER PREVIEW: Preview of the House of Dior’s summer, 1961 collection, the sensationally successful showing that marks the Paris debut of Dior’s new stylist, Marc Bohan. Styles hark back to the ’20’s and the Prohibition Age, but with a definite flair that marks them in the ’60’s 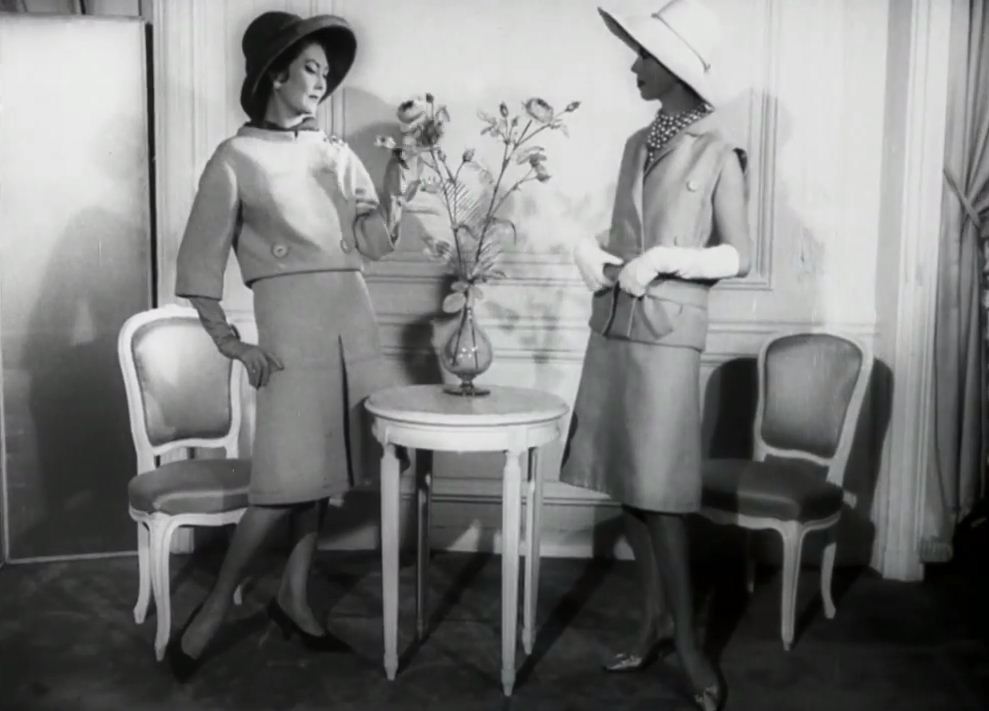 You may view the complete newsreel, including stories about the death of King Mohammed V of Morocco, Queen Elizabeth II’s visit to India, and the German Alpine Championships in Garmisch, here.

About the Universal Newsreel Collection at NARA:

The Universal Newsreel Collection is one of the most used motion picture collections at the National Archives and Records Administration. Universal Newsreels were shown in movie theaters twice a week, from 1929 until 1967, and covered a wide range of American life and history during that time period. Each release usually contained five to seven stories averaging two minutes in length.

In 1974, Universal deeded its edited newsreel and outtake collection to the United States through the National Archives (NARA), and did not place any copyright restrictions on its use (some stories may contain other underlying intellectual property or proprietary use rights).

While Universal disposed of many of the soundtracks, leaving the newsreels incomplete, supplementary material like scripts, shot lists, and event programs can be found in the production files, available for research at Archives II in College Park, Maryland.

One thought on “This Week in Universal News: Summer Fashion Preview, 1961”