This post was written by Harry Snodgrass. Harry is working on a project to preserve and digitize World War I and World War II films and photographs.

As we remember and applaud our veterans for their service on Veterans Day, I wanted to bring attention to a lesser-known film in the collection at the National Archives. Earlier this year, I had the honor of being hired to work on a special project focusing on preserving WWI and WWII films and stills. Since starting my work, I have come across many interesting, thought-provoking, and unusual films. This week’s film highlights various technologies and munitions designed for anti-aircraft use during World War I, a war that was fought before the development of radar.

Without radar to assist with firing control systems, other technology was utilized to locate enemy aircraft and control anti-aircraft guns. In Anti-Aircraft Materiel, we see specific demonstrations of sound locators, range finders, height finders, and data computers to detect enemy aircraft and control the firing of anti-aircraft guns. Although the complete operation of these systems is not clear, our best guess is that the sound location system in tandem with searchlights were used to initially locate a target. Through the use of field chronographs, range-finders, and anti-aircraft height finders, the operators could better zero in on the target and provide final coordinates of distance and altitude to anti-aircraft gun operators. These operators were using early firing control computers to guide the guns. We might also assume that these systems were used independently of each other but we have not found any information to confirm this.¹

The slideshow below shows the components of the system in action:

A World War I system used to locate aircraft: sound locator, the Barr and Stroud anti-aircraft height finder, and the field chronograph.
(Stills from 111-H-1132)

The first component demonstrated in the slideshow is the sound or acoustic locator. The four large megaphone/horn devices, configured in an array, act as the sound collector or microphones. Using a device similar to a stethoscope, the output of these horns was fed to the operator, who wore a set of headphones or earphones.  The resulting information was used to initially triangulate the location of an enemy aircraft.

This next image shows the complete setup being used to locate the aircraft: 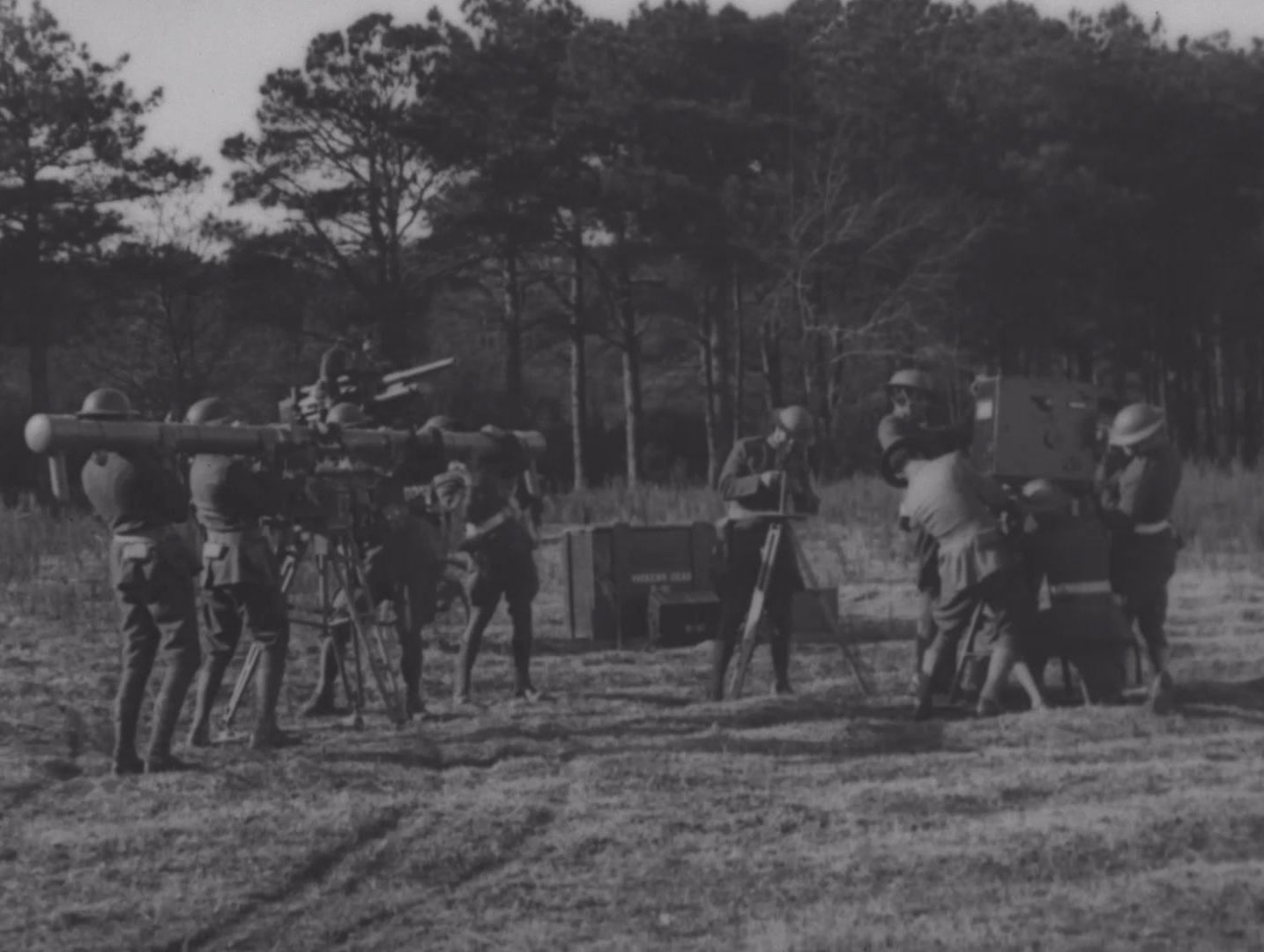 Notice that the equipment is different than what was demonstrated earlier. According to our research, the item on the left could be a Barr and Stroud range finder model F.T. 23, but it is not clear what the two pieces of equipment are to the right. In the film (seen at 4:25), a demonstration follows achieving the end result of shooting down an enemy aircraft.

The next section of the film shows the operation of a three-inch anti-aircraft gun controlled by the ordnance data computer T-1. Yes, they used the word computer. The “computer” here is not what we recognize as a computer today– it is a mechanical control system that assisted in the operation of the anti-aircraft guns. The ordnance computers had torque amplifiers controlling the distance and direction settings of the gun. In the film, you can see the two operators turn controls as the gun(s) responds to their movements. This three inch anti-aircraft gun fired up to 22 shots a minute and had a range of four miles. 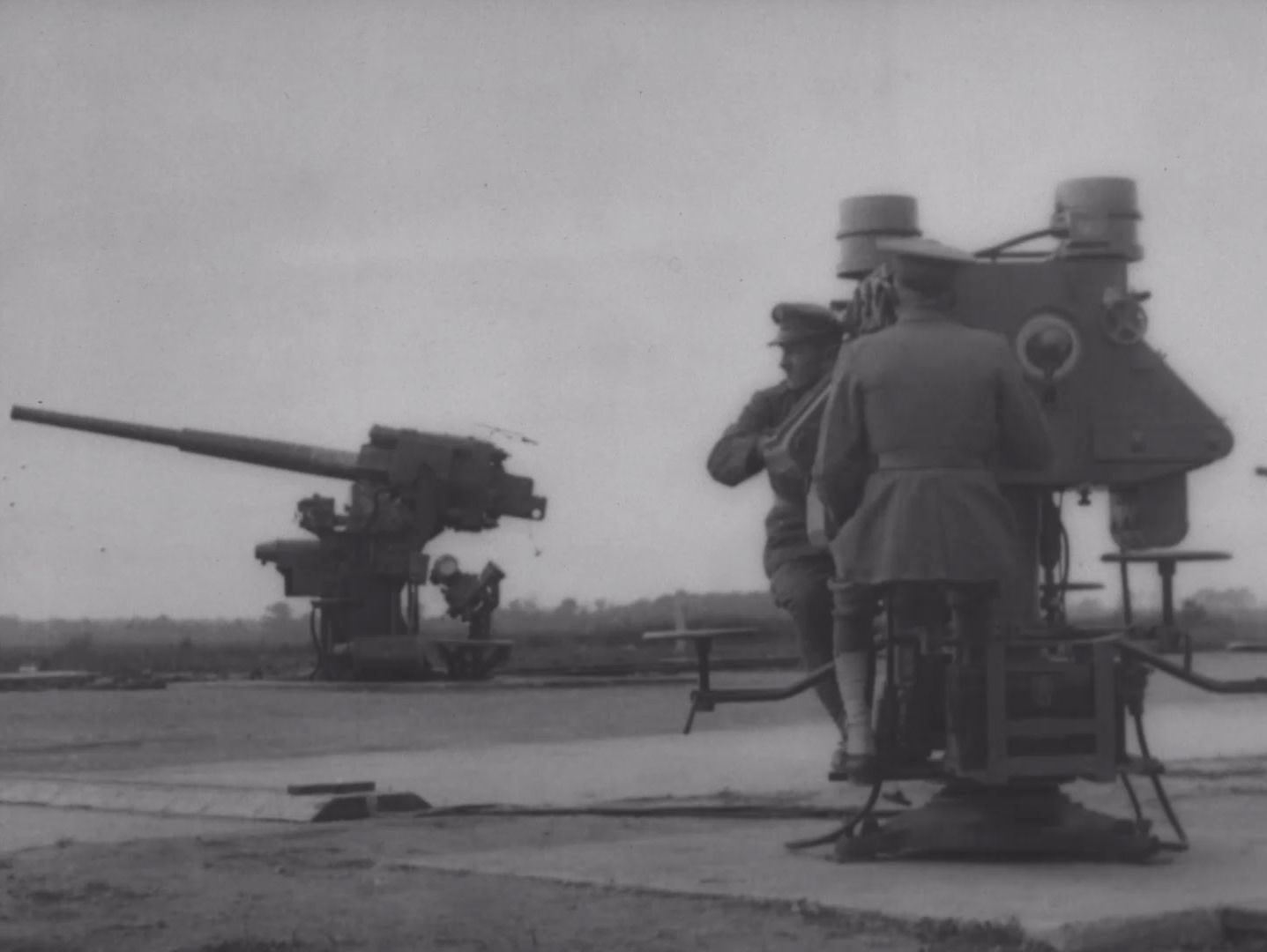 Shown below is an experimental glider target developed by the Army Air Service. It appears that the glider had a built-in control system so a specific course could be set, simulating manned flight and providing a more realistic target for practice. The glider was attached to the top of a plane and released when the plane made a steep bank.The glider then assumed the specified course. 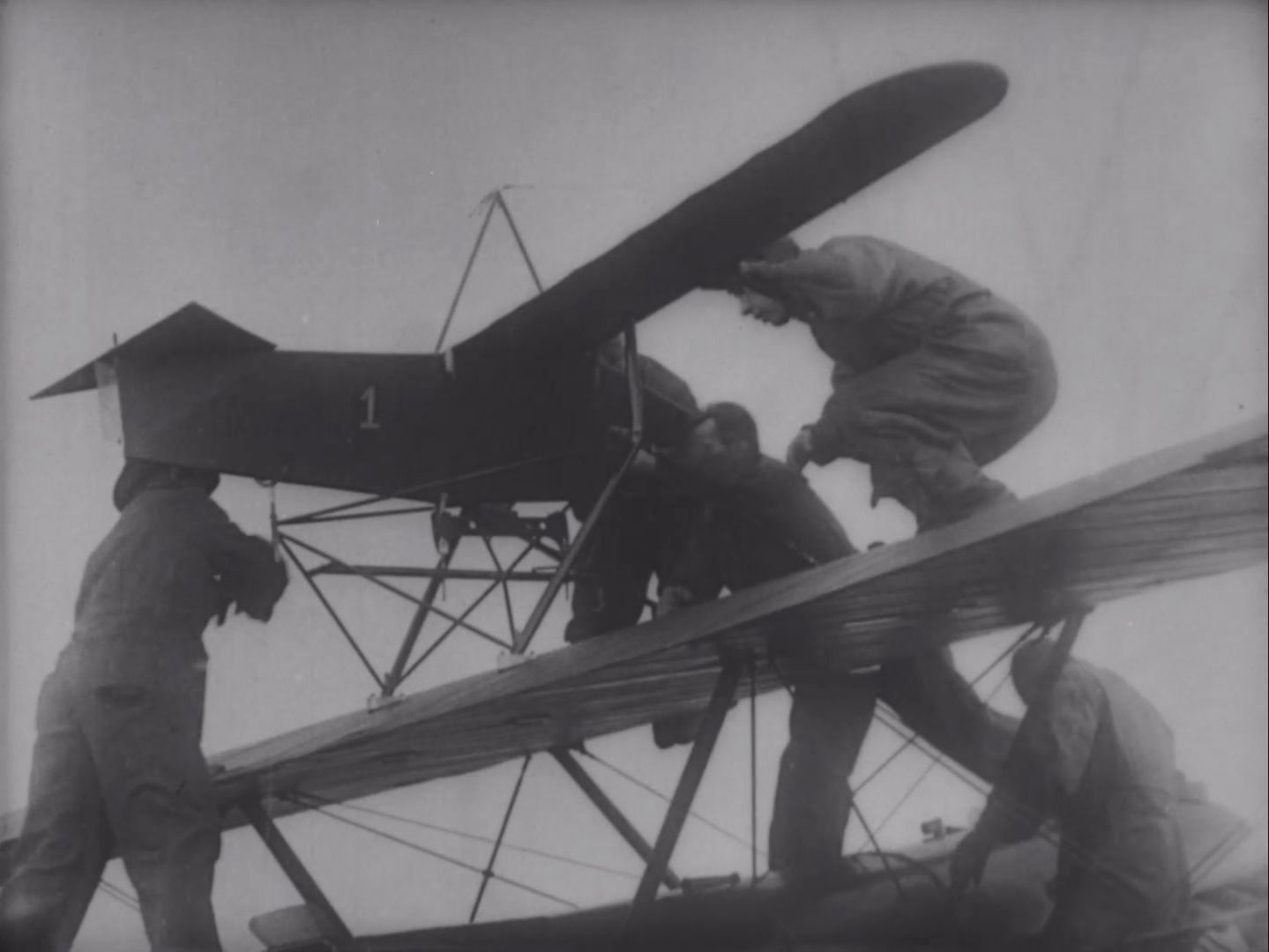 The Vickers computer up close. Click through the slideshow to see the Vickers in action. (Stills from 111-H-1132)

The film concludes with a demonstration of the sound locator electronically controlling searchlights (starting at 14:45).

This film is a great example of how the U.S. Army Signal Corps documented World War I. Anti-Aircraft Materiel is just one title of the U.S. Army Signal Corps Historical Collection held at the National Archives. Currently the entire collection of 473 unique titles (871 reels) is being assessed, digitized and uploaded to the National Archives YouTube channel. View the films digitized as part of this project on this playlist.

¹According to a technical report written by Allan G. Bromley of the University of Sydney, mechanical gunnery computers were used during combat but with very limited success. It is unclear if any of the technology shown in this film was actually used during combat by the United States armed forces as the references in the Bromley paper refer to the British military.