Christmas movies are a staple of the holidays, with cable channels producing and airing so many that the season now seems to start sometime in November. Holiday films are nothing new, of course. The earliest known adaptation of Charles Dickens’ A Christmas Carol was made over a hundred years ago, in 1901. Even the Ford Motion Picture Department got in on the action, making A Merry Christmas to All in 1926.

A Merry Christmas to All (Local Identifier: FC-FC-4033) is a somewhat odd mish-mash of Christmas traditions, holiday poetry, (both famous and forgotten) and a smattering of the industrial film for which the Ford collection is so well-known (see Playthings of Childhood for a classic example of a Ford industrial film).

The film begins with what looks like a school field trip: a group of children are joined by three women in a tromp through the woods. The party arrives at a small cottage, is greeted by Santa Claus, and leaves with toys. Santa then prepares for his yearly journey, carving wood and using a lathe to make toys, filling a sack, and taking out his reindeer (just the one) so that he can deliver toys to sleeping children who then enjoy them on Christmas morning.

A Merry Christmas to All is significant within the Ford Historical Film Collection for being one of only a handful of titles that are classified as dramatic rather than explicitly educational. (The others are a screen version of “Mary Had a Little Lamb” and footage of an amateur production of Romeo and Juliet.)

The silent film’s intertitles contain a number of familiar verses from “A Visit from St. Nicholas,” although they have been adapted so that they do not always exactly match the original work: 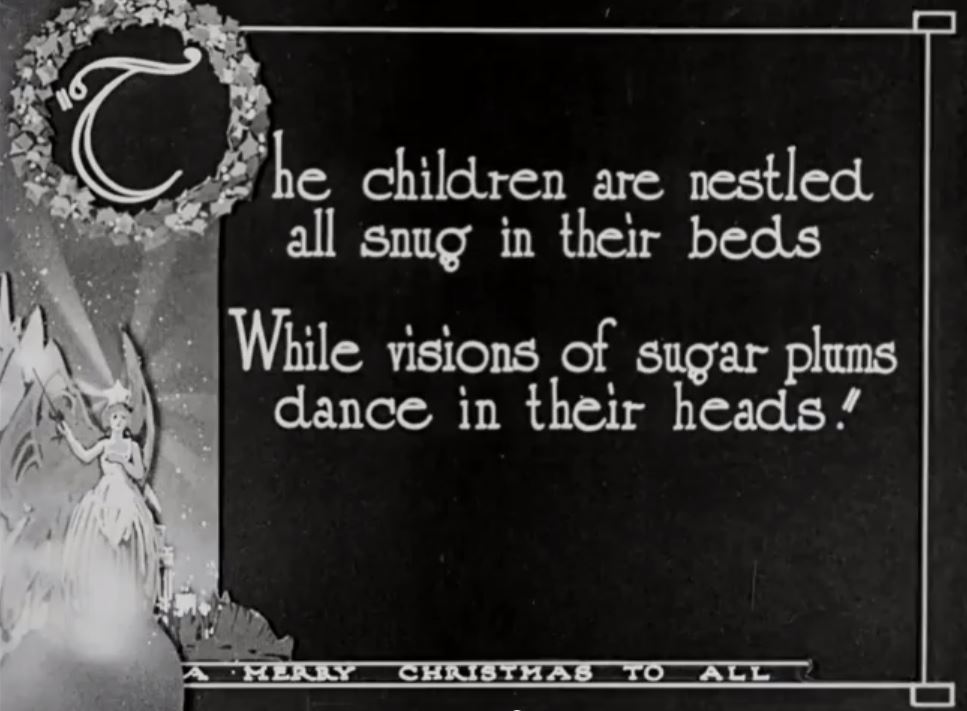 A little digging turned up verses that were adapted from less well-known holiday poems, including this, which originates in “A Christmas Carol” by Christian Burke: 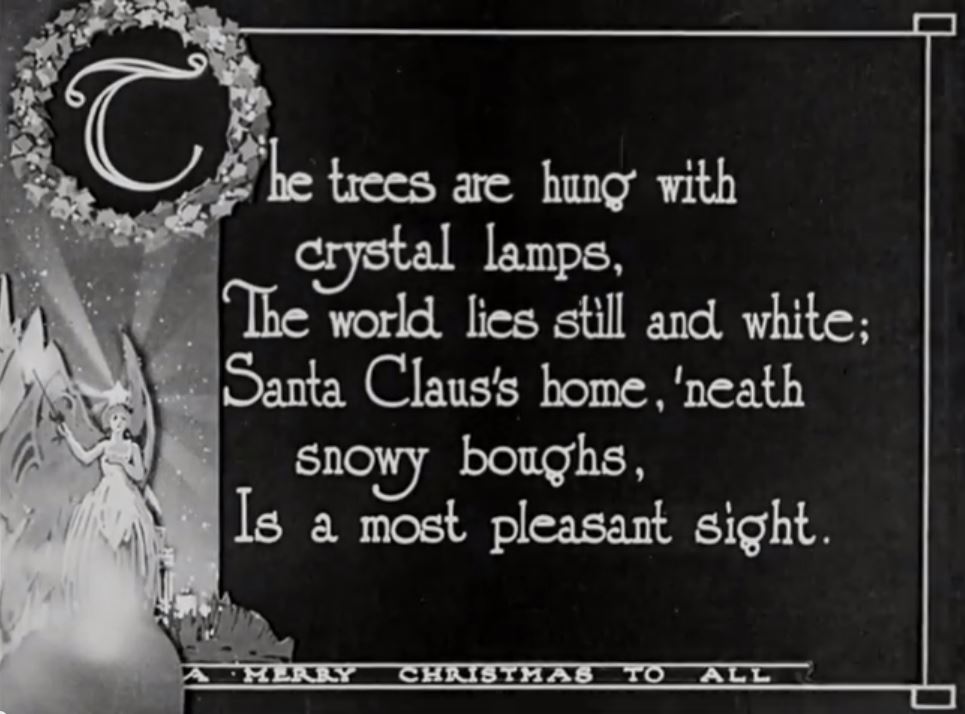 And this, which is borrowed from “Sly Santa Claus” by Mrs. S.C. Stone:

It’s possible that most of the verses in this film actually come from lesser-known works that have been changed enough that they are hard to find with a search engine. Do you recognize any other borrowed lines?

A Merry Christmas to All is part of the Ford Historical Film Collection, which was donated to the National Archives in 1963. Ford Motor Company began producing films in 1914, making educational films, newsreels, industrials, and promotional works. Ford’s motion picture department was one of the largest American film studios outside Hollywood. The collection consists of 1.5 million feet of film and is fully preserved and available for research. An overview of the collection can be found in a guide published by the National Archives in 1970.

2 thoughts on “Christmas in the Ford Collection: A Merry Christmas to All, 1926”