75 years ago, from February 19th to March 26th, 1945, the Battle of Iwo Jima raged in the Pacific Ocean. For 35 days, American and Japanese forces fought for control of the strategically important island. That battle produced one of the most iconic images of war, a photograph taken four days into the battle by Joe Rosenthal of the Associated Press. The photograph, titled Raising the Flag on Iwo Jima, was immediately well received by the American public and used in a variety of ways to represent the sacrifices and victory of the Allies in the Pacific Theater. 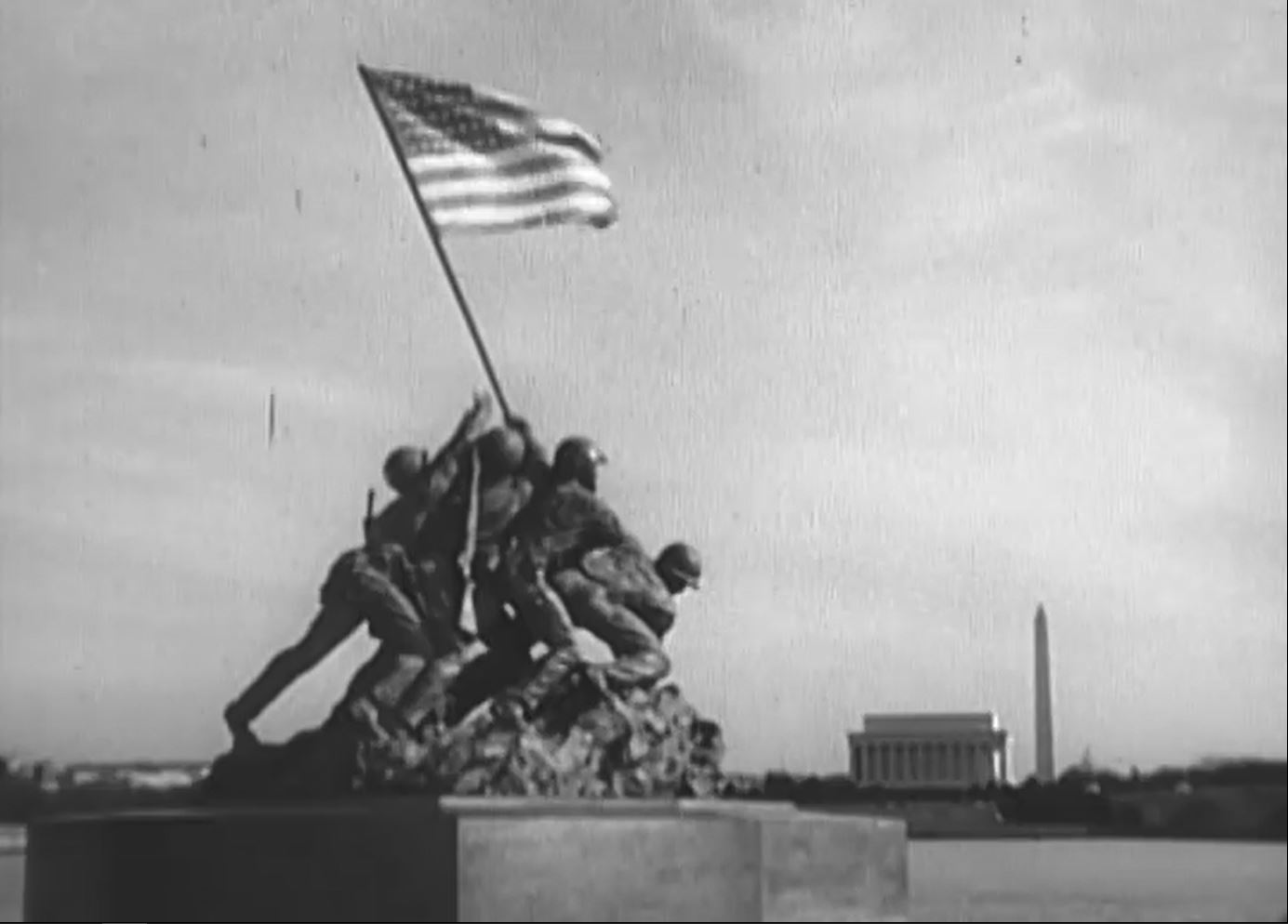 The United States Office of War Information used the image on posters (“Now All Together” and 7th War Loan) to raise money through the War Bonds program. One of the most famous uses of the Rosenthal image is the Marine Corps War Memorial located in Arlington, VA just outside of Arlington National Cemetery. The memorial, dedicated in 1954, took sculptor Felix de Weldon nine years to create. The work, commissioned by Congress at the conclusion of World War II, was to be in the realist tradition and based on the Rosenthal photograph.

A behind-the-scenes look at Weldon’s sculpting of the memorial is captured in a Department of Defense film now part of NARA’s holdings in Record Group 428, General Records of the Department of the Navy, series Marine Corps Motion Picture Films Distributed by the Navy. The film, Uncommon Valor, offers viewers a unique perspective of the creation of the memorial and the thought process behind it. The title of the film takes its name from a quote located on the memorial itself, “Uncommon Valor was a Common Virtue.” This quote is attributed to Chester Nimitz, a fleet admiral of the United States Navy, who stated after the Battle of Iwo Jima, “by their victory, the 3rd, 4th and 5th Marine Divisions and other units of the 5th Amphibious Corps have made an accounting to their country which only history will be able to value fully. Among the Americans serving on Iwo Island, uncommon valor was a common virtue.”

Uncommon Valor can be viewed in its entirety below as well as in our catalog here: Local Identifier 428-MH-7331. To read more about moving image records related to the flag raising on Iwo Jima, please see these blog posts: Forensic Film Archiving: Who Raised the Flag on Iwo Jima and Raising the Flag Over Iwo Jima.

View more records about the Battle of Iwo Jima in our catalog:

One thought on “Uncommon Valor: The Making of the Marine Corps Memorial”