Though the first Byrd Antarctic Expedition took place more than twenty years after the likes of Robert Falcon Scott and Ernest Shackleton, little had changed when it came to the available methods of transportation. Explorer Richard E. Byrd had large tractors to move supplies, but still relied heavily on dog sleds, skis, and schooners ships, which were used in the polar regions by generations of explorers. What Byrd had over Shackleton was the power of flight; Byrd was among the first to fly aircraft in the polar regions. This changed both the speed and safety of polar exploration and created a contrast of new and old.

These collections (National Archives Identifiers:45648677 and 45648792) were donated to the Archives by E.J. Demas, who served as an airplane mechanic with Byrd from 1926-1935, as support for his 1926 North Pole flight, 1927 Trans-Atlantic flight, and the two Byrd Antarctic Expeditions from 1928-1930 and 1933-1935. Demas kept a record of the travels and hardships of the crews while on the Byrd expeditions. This material was recently transferred to the Still Picture Branch from the Textual Records Division. 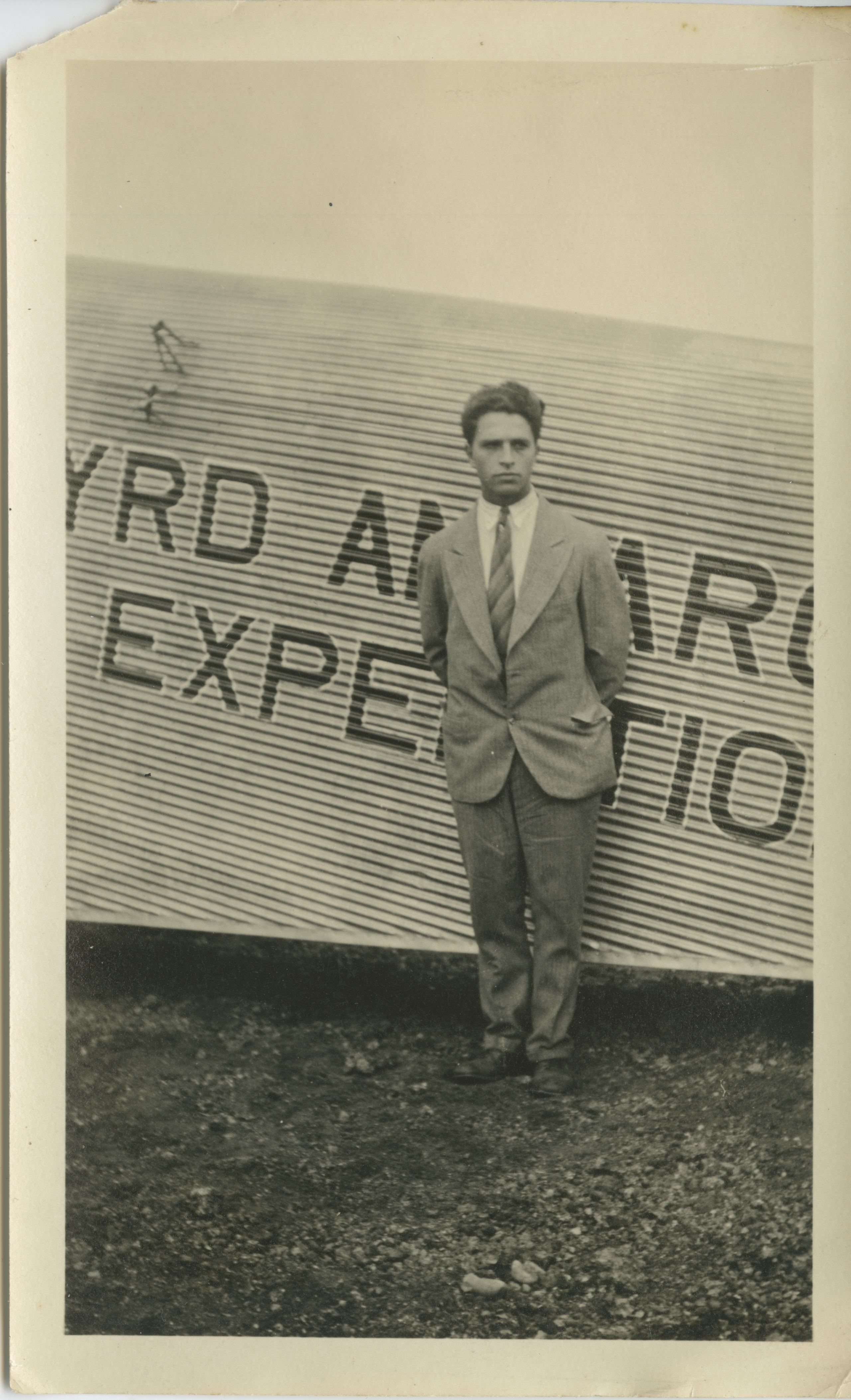 Featured below are images of the planes used, interesting photographs, and some adorable companions to the explorers.

5 thoughts on “Polar, Planes, and Puppies: The Photos of E.J. Demas”