In this four part series, the Still Picture Branch will be introducing various methods that can be used while researching photographs of military units during World War II. The first part will focus specifically on Army photographs, but we will also cover Air Force, Navy, and Marine research in subsequent blog posts. We hope that researchers find this information helpful in the course of their own work.

Researchers who are looking for images relating to a single United States Army unit will find that a multi-faceted search returns the best results. The more a researcher knows about a unit, the more success he or she will have in searching NARA’s holdings. For effective research using Army photographs maintained by NARA’s Still Picture Branch, the most pertinent information to have includes:

Knowing where a unit was during a particular point in the war, or under what division(s) it was attached can widen the search and return those photographic gems that might be missed in a more narrow search. The Department of the Army Lineage and Honors  publications can be a useful first step in acquiring helpful information about an army unit. If a researcher is having trouble locating a copy of the army unit lineage, the Still Picture Branch holds a comprehensive collection that can be used for researcher reference.

To illustrate the search process, we have chosen to use the 505th Parachute Infantry Regiment as an example. We first reviewed photographs that were indexed under the 505th Infantry Regiment and we were able to locate a variety of images. However, in order to enhance and broaden our research, we reviewed the army unit lineage (pictured below): 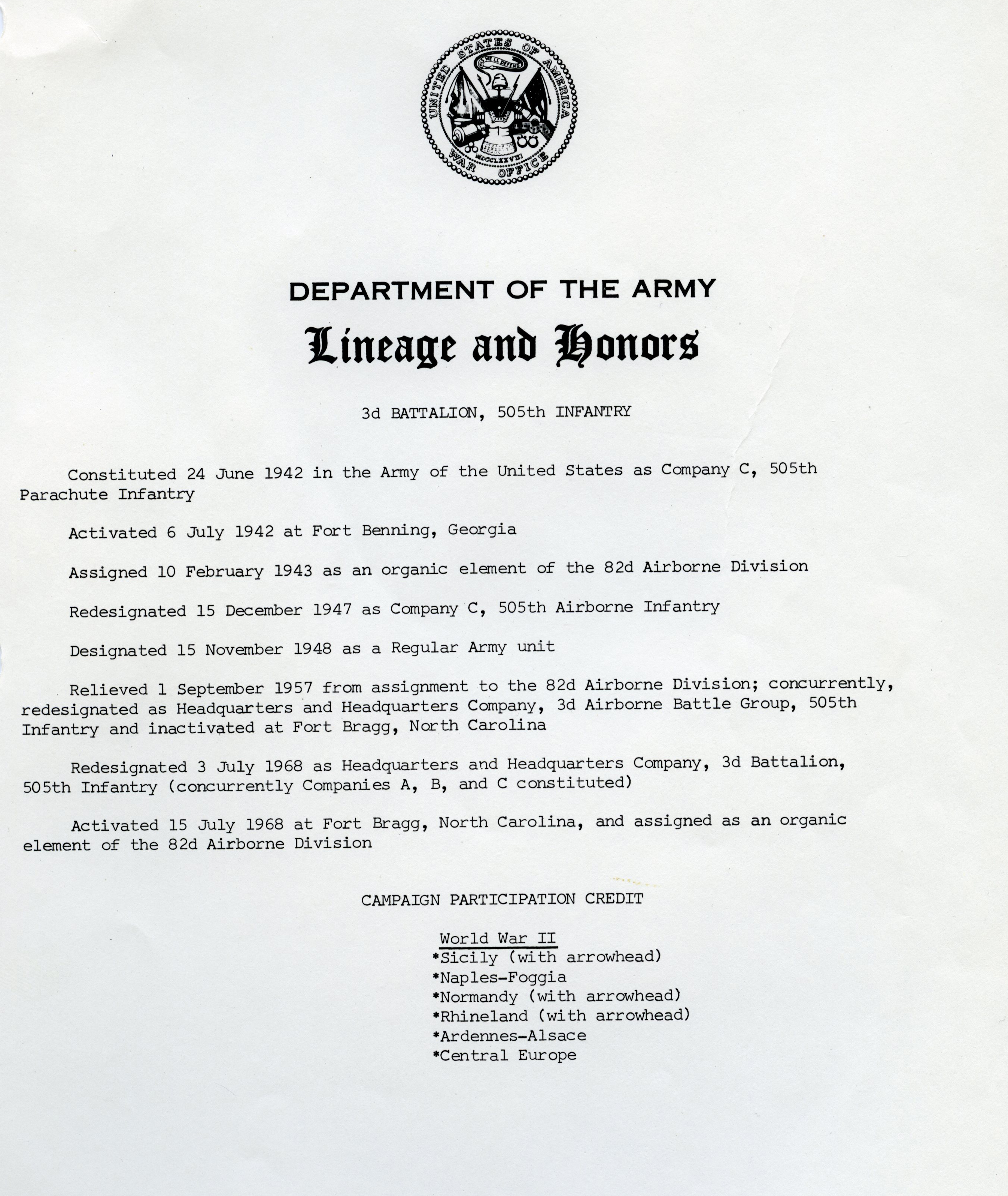 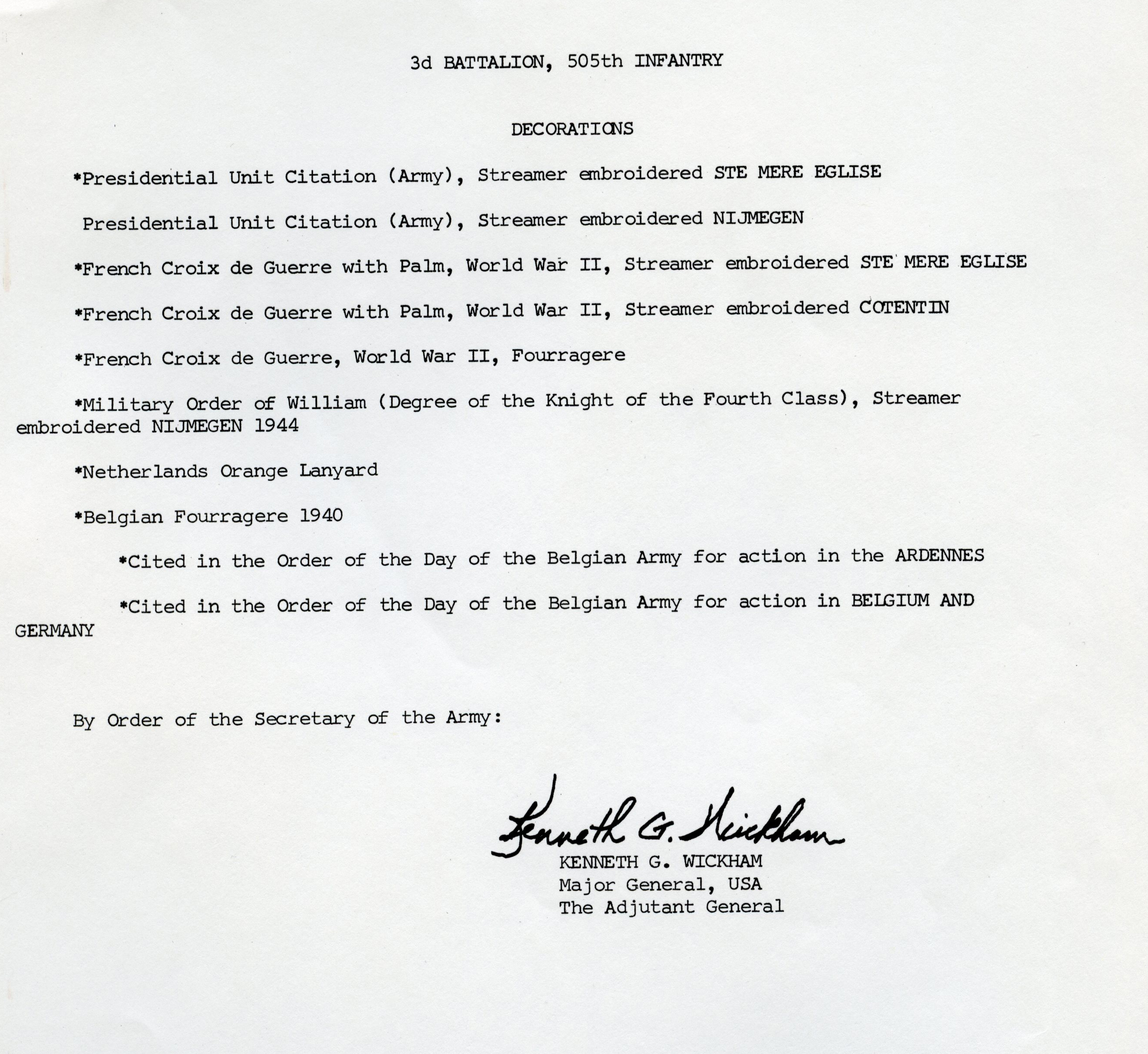 We can see that as of 1943, the Regiment was added as an organic element of the 82nd Airborne Division. We also find the locations that the 505th campaigned during the war, as well as what decorations the unit received. These various pieces of information are all valuable clues that guide well-rounded research using the photographic records here at NARA.

In addition, the lineage states that the 505th Inf. Reg. campaigned in Sicily, Naples, Normandy, Rhineland, and Ardennes. With that information, we then searched for photographs indexed under the listed locations, which led us to additional photographs of the 505th.

3 thoughts on “How to Research: Photographs Relating to World War II Army Units”