In part I of this two-part series, we discussed the role women played in the military during World War II by highlighting those who served in the Women’s Army Corps (WAC), the Coast Guard Women’s Reserve (SPARS), and the Women Air Force Service Pilots (WASP) during World War II. In part II, we will discuss female service members of the U.S. Marines (WR) and Navy (WAVES). 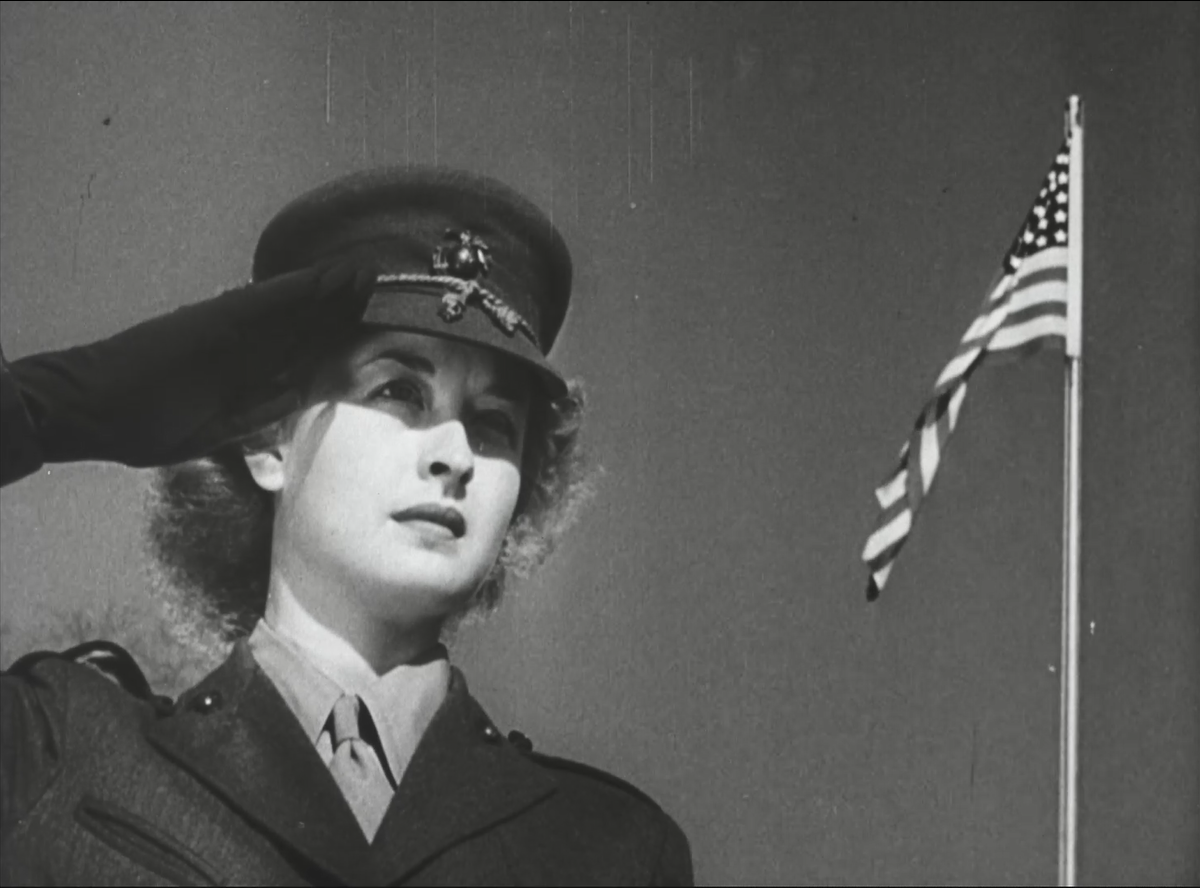 The United States Marine Corps Women’s Reserve was authorized by Congress and  signed into law by President Franklin Roosevelt on July 30, 1942. Like their female counterparts servicing in other branches of the military, the primary function of the Marine Corps Women’s Reserve was to release men for combat duty. The jobs available to them were also very similar. Members served in occupations classified as professional, semi-professional, clerical, skilled trades, services, and sales. While over 200 job categories were made available to members of  the Women’s Reserve, over half of members worked in clerical positions. Only Caucasian and Native American Women were accepted into service, the Marine Corps barred African American and Japanese American women from its ranks.

At its height, the Women’s Reserve had recruited more than 17,000 members. As was discussed in Part I, the military used a variety of tactics to recruit female  members. Films such as  Lady Marines, were used to provide a look at the life of a female military recruit in an effort to make new recruits more comfortable with the process. The film, shot at Camp Lejeune, North Carolina, follows a class of recruits from their arrival, to graduation, highlighting their training and job opportunities.

The United States Navy also recognized the importance of allowing females to serve in their ranks. The United States Naval Reserve (WAVES), was established and signed into law by President Franklin Roosevelt on July 30, 1942, the same day the Marine Corps Women’s Reserve. Women were accepted into the WAVES as commissioned officers as well as at the enlisted level in order to release men for sea duty. They served at 900 shore stations in the United States and included over 85,000 members. While primarily comprised of white women, 74 African-American women were allowed to serve during the program’s existence.

The color film, WAVES at Work, highlights the variety of jobs made available to members of the WAVES. Women wanting to serve in the medical, clerical, communication, and culinary fields were able to do so as a member of the WAVES. One of the most interesting jobs highlighted in the film is that of the Air Controlman. Those serving in this capacity would direct planes and ground crews from a control tower at naval air stations.

Both films, Lady Marines and WAVES at Work, touch on the values discussed in Part I femininity, benefits of joining the military, and the importance of the work needing done. These films also make it a point to highlight the opportunities made available to women in the military. Female recruits were provided with job training in non-traditional areas, training that was not widely available to their civilian counterparts . You can view both films in their entirety below.

4 thoughts on “Their War Too: U.S. Women in the Military During WWII. Part II”