Two weeks ago NARA and the Unwritten Record introduced you to the new BIA – Photographs Finding Aid. This dynamic new finding aid links to over 18,000 digitized photographs from Record Group 75, Records of the Bureau of Indian Affairs, 1793 – 1999, taken over many decades and covering a wide variety of topics and activities concerning Native Americans. Today we will take a deeper dive into the new finding aid and explore the various search strategies that can be utilized to access these wonderful photographs.

To access the BIA photographs, the Bureau of Indian Affairs – Photographs Finding Aid provides the user the options of searching by Tribal Nation, topic or state. Let’s do some exploring and take a look at each search option in turn. 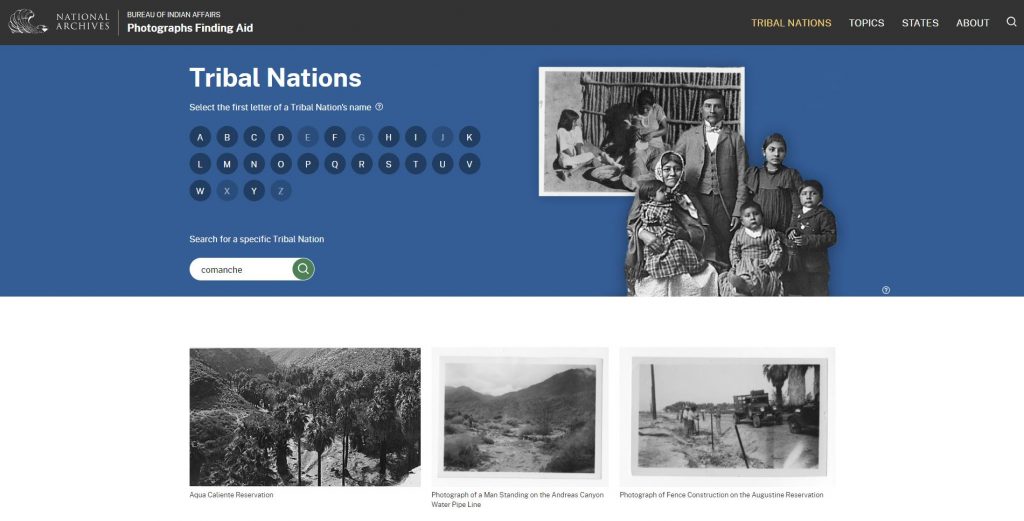 Our search returned 24 results of photographs related to the Comanche Nation of Oklahoma, including this image of Silver Brooch. The image is from series 75-ID, which is contained within the Still Pictures Branch of the National Archives. The subjects depicted in series 75-ID are Native American delegates that travelled to Washington, D.C. in 1872. These wonderful portraits were taken by Alexander Gardner and one-time partner Mathew Brady. The series is fully digitized and available online.

Another search option that is available to the interested researcher in the Bureau of Indian Affairs – Photographs Finding Aid is the search by topic. We can search for a variety of topics, listed in alphabetical order, from Agriculture to Transportation. 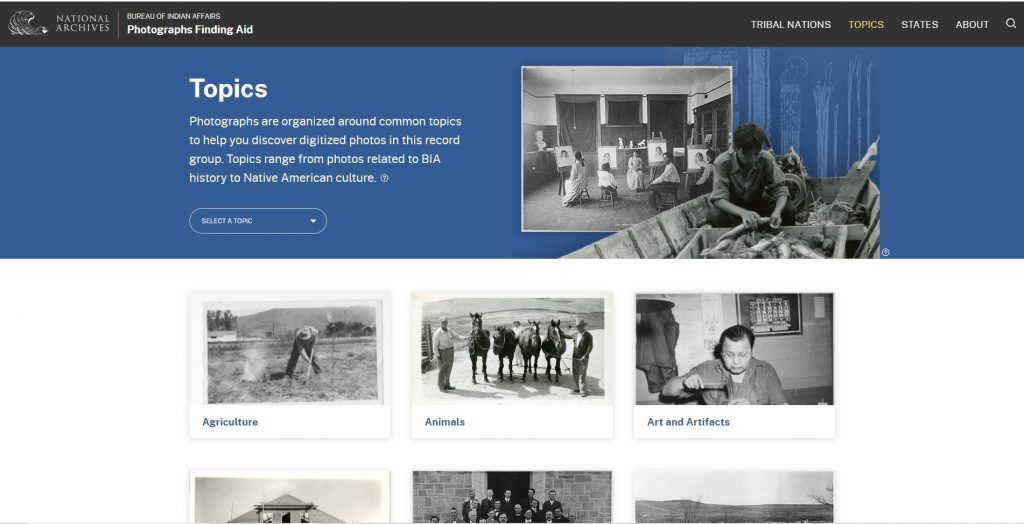 We searched under the topic “Military Service”, which returned 30 results, including this image of Pfc. Ira H. Hayes.

Pfc. Hayes was, famously, one of four Marines in the Iwo Jima flag raising photograph. This photograph of Ira Hayes is from series 75-N, which is contained in the Still Pictures Branch of the National Archives.

The third way that an interested researcher can search for photographs on the BIA – Photographs Finding Aid is by state/region. 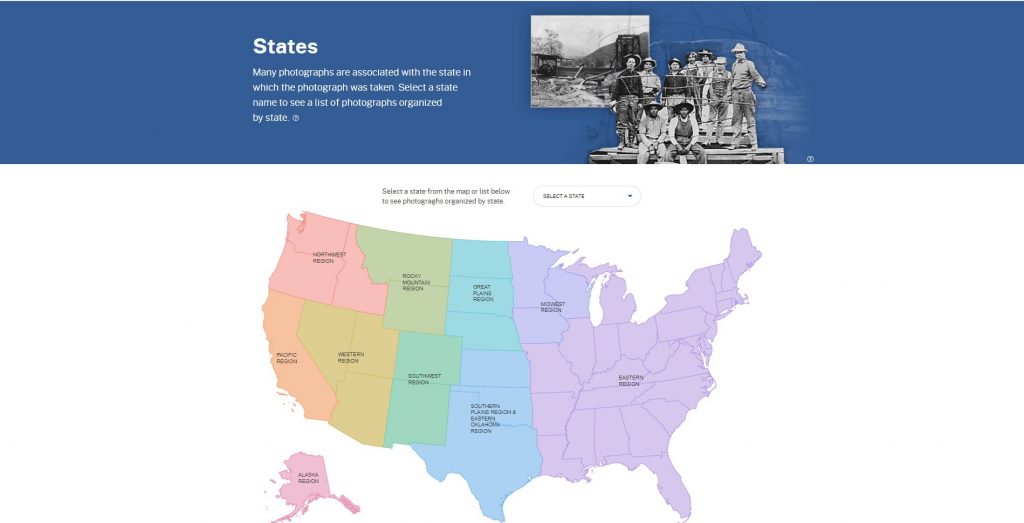 We searched by the state of Washington in the Northwest Region and discovered 64 results, including this photo of a great catch.

If the results return a photograph of interest and you would like to view other photographs contained within that particular series (in this case, series 75-N), the finding aid displays an additional browser feature, “Also In This Series”. This feature allows researchers to browse other photographs in the series that may be of interest.

Additionally, we’ve included the pamphlet “Make Your Pictures Pay Off” by Fred C. Clark Jr., Photographer, U.S. Indian Service. This entertaining instructional guide is divided into two parts “The first concerns itself with the technical details, the second with picture interest.” The pamphlet was published in 1946 and is an engaging look at the process behind many of the fascinating photographs contained within Record Group 75.

In “Make Your Pictures Pay off” Fred C. Clark, Jr. advises his readers on the importance of making their pictures tell a story. A search of the Bureau of Indian Affairs – Photographs Finding Aid gives the interested researcher a front row seat to some fantastic photographic stories. Whether searching by Tribal Nation, topic or state/region, take some time to browse this wonderful collection.