When it comes to research in the Still Picture Branch, our staff would agree that World War II photographs are by far some of our most requested records. Given their popularity, our How to Research posts are intended to be a quick reference guide, with some tips and examples of how to effectively search through our WWII military photographs. In this third post of a four part series, we will be providing an example of the type of search path one would follow when attempting to locate photographs related to WWII Navy ships.

Similar to the Army and Air Force photos, the WWII Navy photographs have been indexed by subject. However, the type of information needed for photographic research slightly differs from branch to branch. The important information to have on hand prior to searching the Navy photographs includes:

To illustrate the search process for Navy photographs, we have chosen to focus on the USS Mason. Before starting our research, we gathered the following information:

It is crucial to note that the subject headings used to index WWII military photographs were defined by the individual military branches and not by NARA archivists. Furthermore, the military indexed and cross-indexed their own photos, which was not always consistent. Therefore, researchers may need to look under multiple subject headings and must try to think about the terminology or vocabulary that would have been used at the time the photos were indexed. For example, it is pertinent to know if a location you are searching ever changed names and if so, what name was used during WWII. Additionally, it is important to remember that the military remained segregated throughout WWII and the terminology used to index photographs is reflective of the time period (it wasn’t until July 26, 1947, when President Truman signed Executive Order 9981, the the Armed Forces was officially desegregated).

The easiest and first place to begin your research is by looking under the ship hull number in Record Group 80, G series (80-G). The Navy index, which is an analog card catalog located in the Still Picture research room, begins with photographs listed alpha-numerically by the hull number.

Looking under DE-529, we find multiple index cards, which look like this: 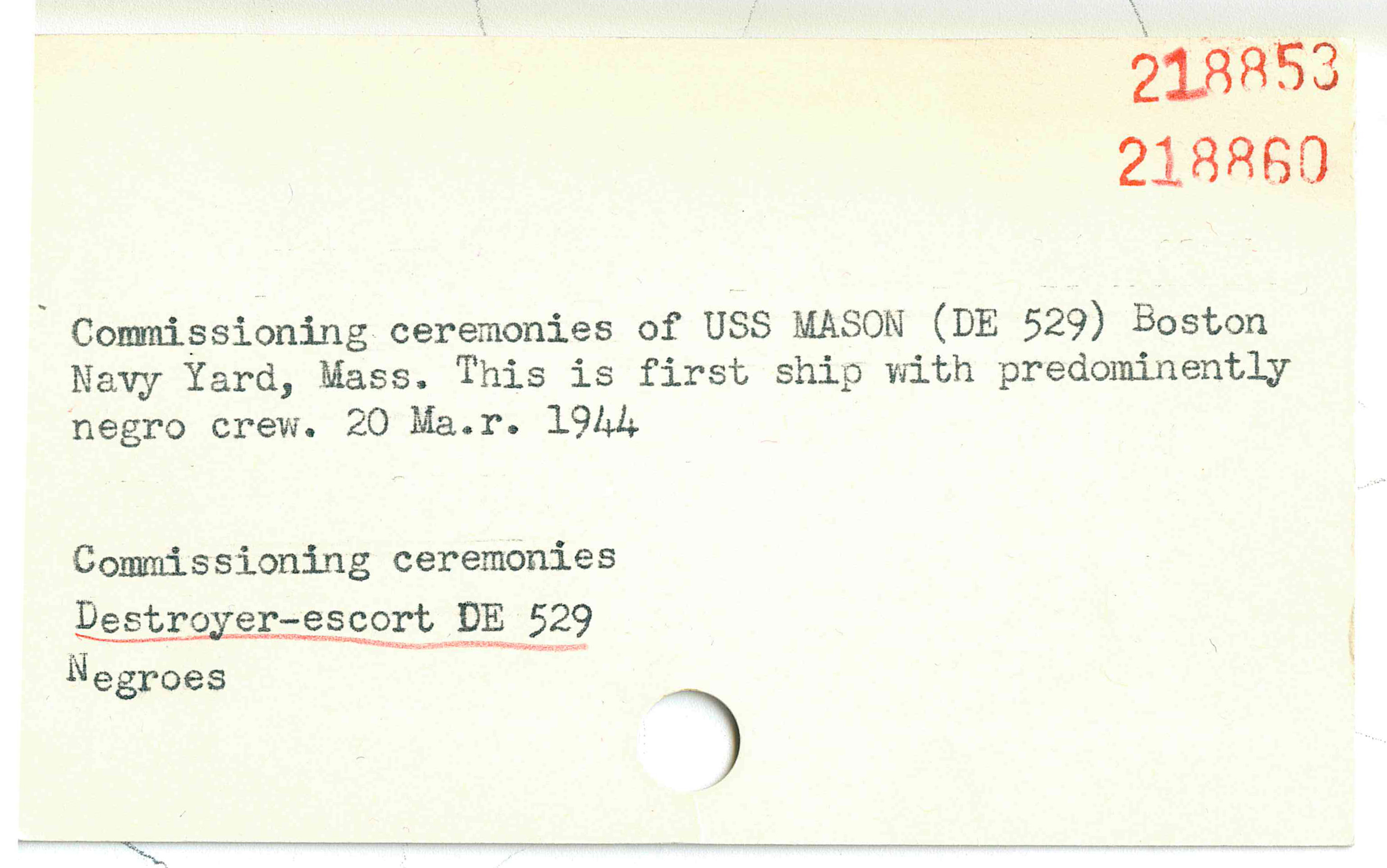 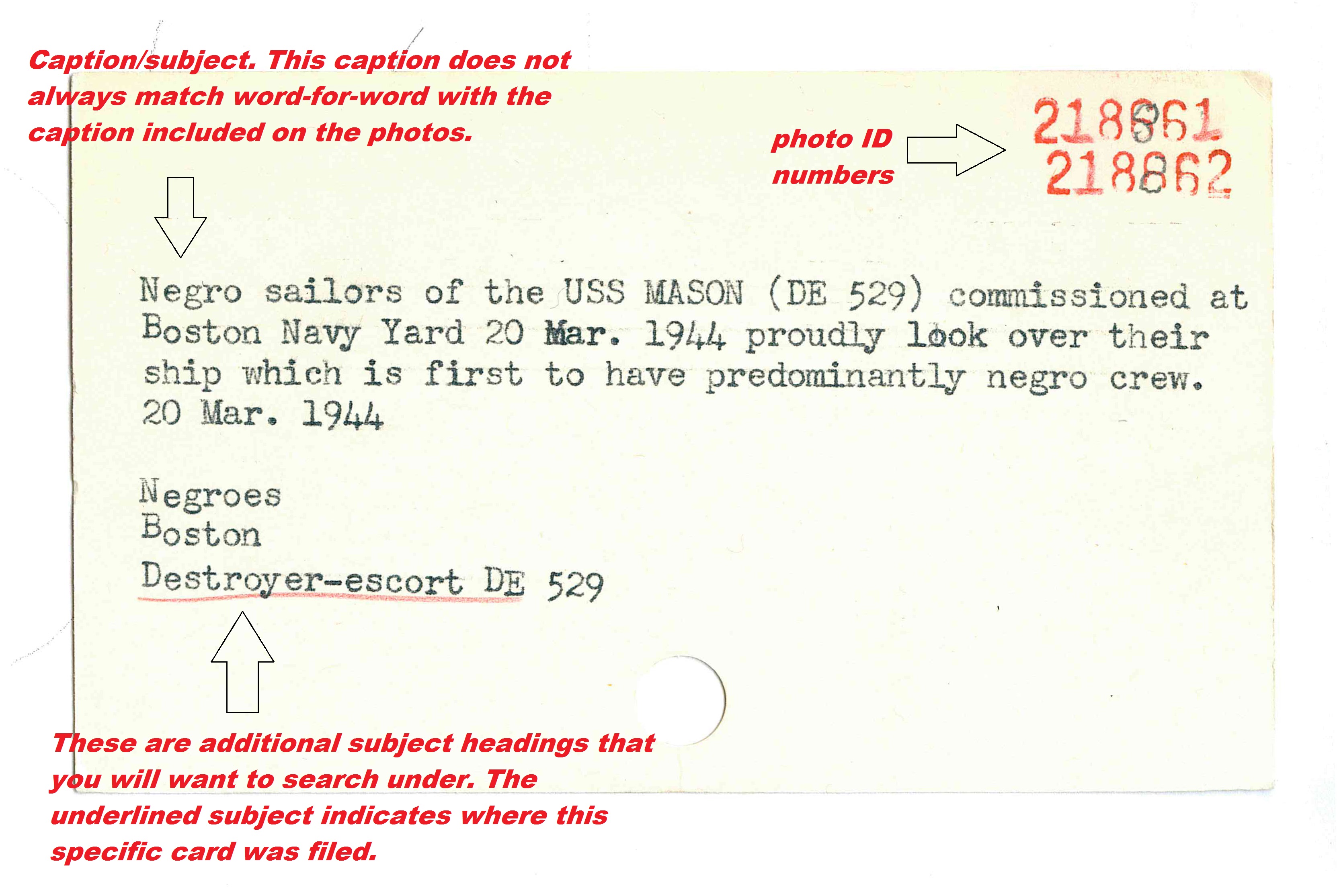 The photographs themselves are arranged numerically by the photo ID number. Once a researcher has their ID numbers written down, they will then use a box list to guide them to the correct box where the photograph is located. When researchers receive the box, they *may* find additional photographs which were not included in the card catalog index. Here are the images that were filed under “DE-529”:

After searching under the hull number, we then searched under the subject headings cross-referenced on the above index cards. We also tried searching under “training” and “searchlights.” We were able to locate the following images:

Beyond the 80-G card index, researchers may also try searching Record Group 80, GX series (80-GX), which is the WWII Navy personality index. Essentially, if a person’s name appears in the caption of an 80-G photograph, then their name should be included the 80-GX personality index. So, in other words, the personality index only includes a person’s name if their name happened to be written within an original caption. It is important to remember that we have many photographs of military personnel who are not identified in the caption, therefore, their names would not appear in the personality index. For the purposes of this blog post, we checked 80-GX for the Captain of the USS Mason, William “Bill” Blackford. We located the following index card (the image numbers are the same as those that we already found by searching 80-G): 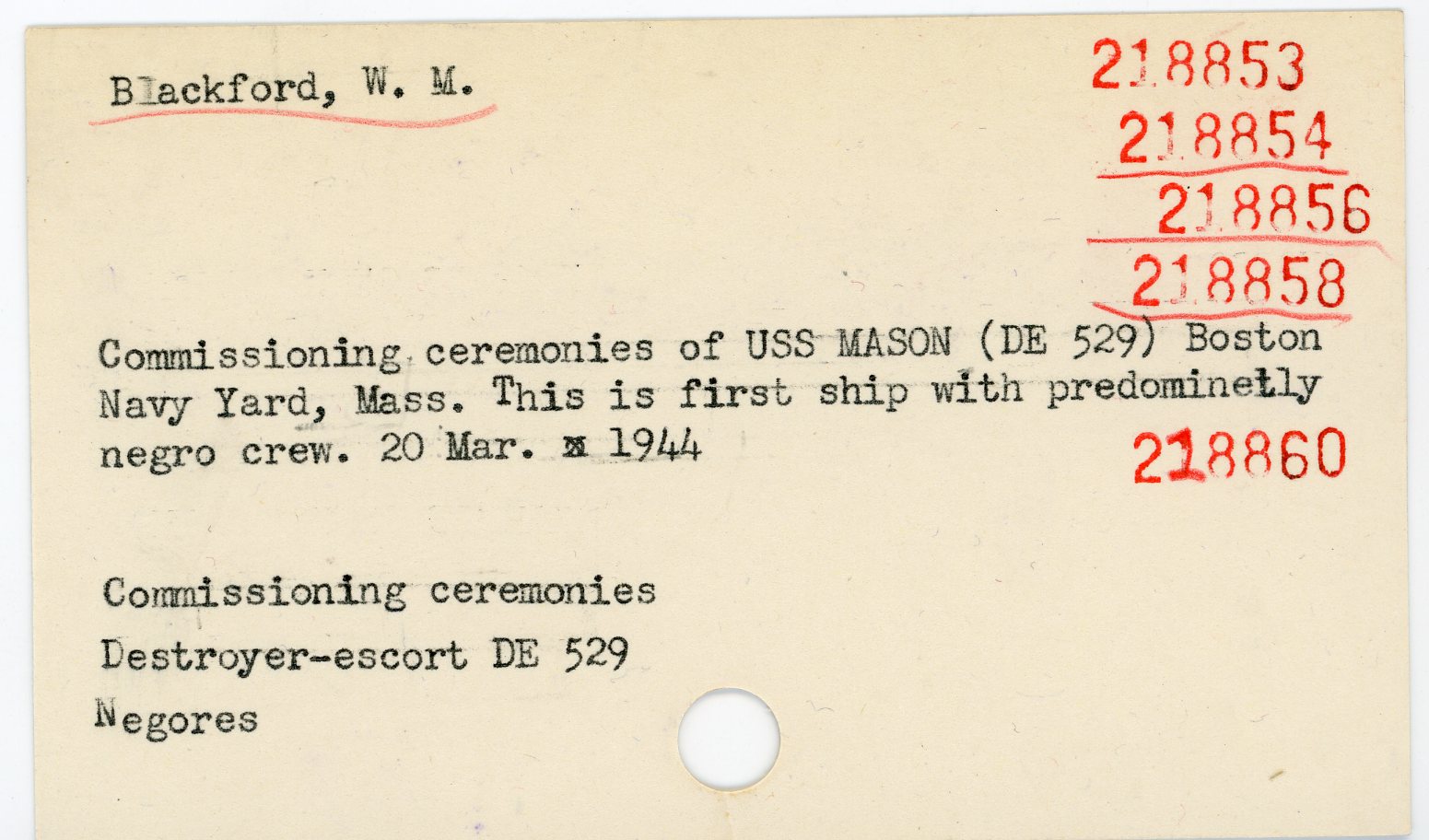 In addition to 80-G, photographs of WWII era ships can also be found in Record Group 19, LCM series (19-LCM). When we looked in 19-LCM, which is organized alpha-numerically by hull number, we found approximately 15 photos of the USS Mason. While some of the photographs in 19-LCM were the same as those found in 80-G, there were some additional views of the ship, including photos of the bow and astern: 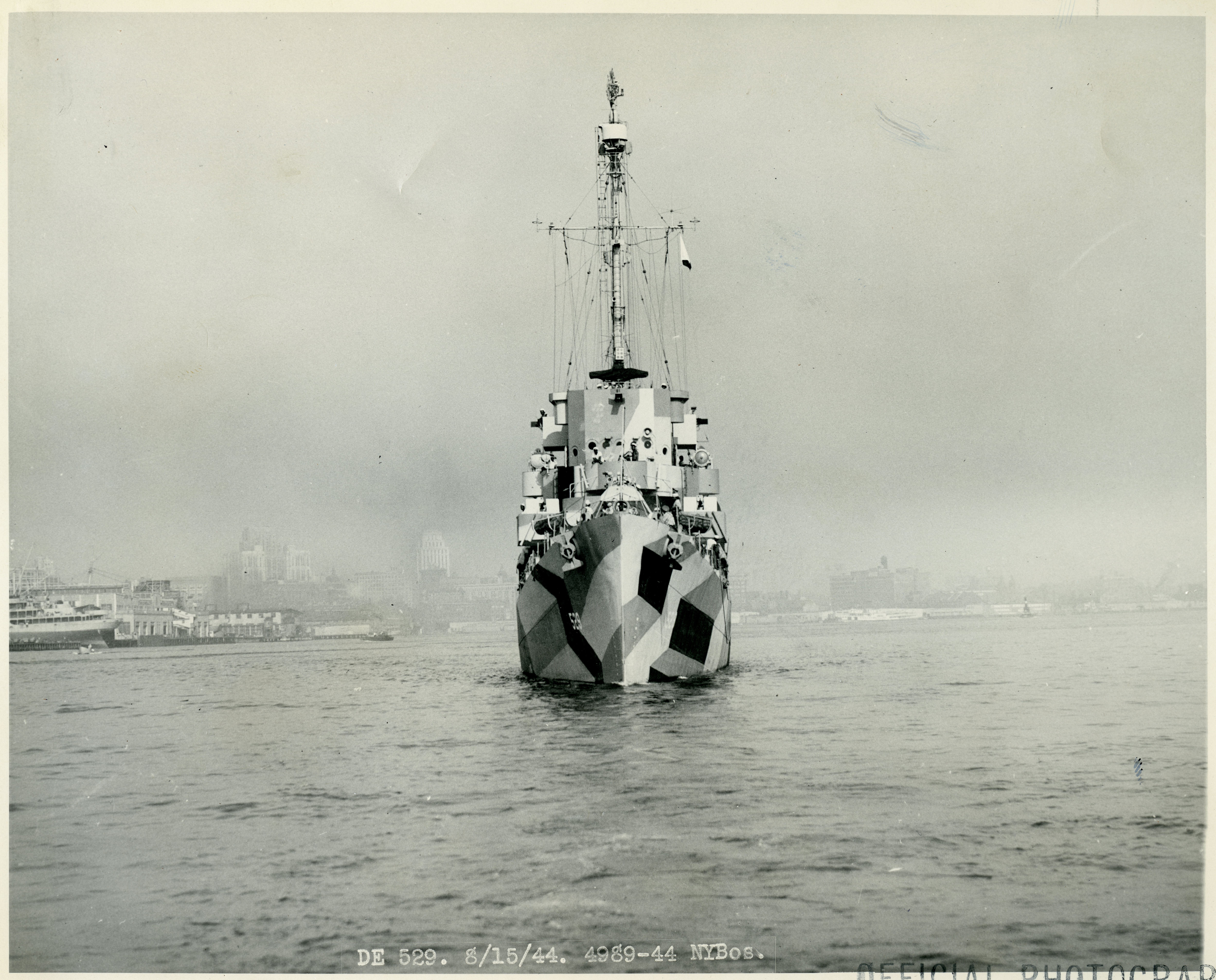 The Naval History and Heritage Command is also an excellent source to gather information prior to beginning photographic research. For those specifically researching the U.S. Navy during WWII, the following publications posted on their website may be of interest:

For information about researching WWII Army photographs and WWII Air Force (Army Air Corps) photographs, please go back and take a look at How to Research part 1  and part 2. The last post in this series will cover WWII Marine photos.

3 thoughts on “How to Research: Photographs Relating to World War II Navy Ships”